We are back! This time for re-runs!!

Has it really been since last August since I blogged?  Wow - shame on my (hand slap).  Well for 2016 I aim to improve on my blogging.

I have been running now seriously since 2011.  Now how do I define seriously?  Well it includes keeping a running log book, running several races a year, subscribing to runner's magazine, logging in over 1,400 miles each year and going through more than 5 pairs of shoes a year.  I think that should qualify for serious.

Sometimes however, I notice it can be hard to motivate yourself.  That's one reason why my sister and I come up with crazy yearly running goals.  It mixes things up and keeps us motivated.  This blog was started because of one of those crazy goals, it was in 2012 to be exact.  So for this year we decided to re-visit all of those blog runs that we did 4 years ago.  Our plan is to "re-run" each of the blog runs in order, compare how we felt then compared to now and even re-create the photos we took.  With all that said, let's get started!!

This trail run started at the parking lot at Camel's back park.  I cannot remember the last time we actually parked there and started a run.  We now always park at the upper parking lot near the nature center.  So this was a real throw back for us.  We followed the trail exactly as we did 4 years ago.  We found ourselves saying, "why did we ever start here?" and "What we we thinking going this way?"

A major difference with today's version of this run was that we had a lot of snow and ice on the ground.  This made our run actually slower than in 2014 due to the fact that we had to walk in some sketchy spots.  Also, back then whenever we stopped for any reason we would STOP OUR WATCHES.  We were so concerned about time and pace.  Now, if we stop, we stop watch stays running.  We have really changed our philosophy of running quite a bit over the years. 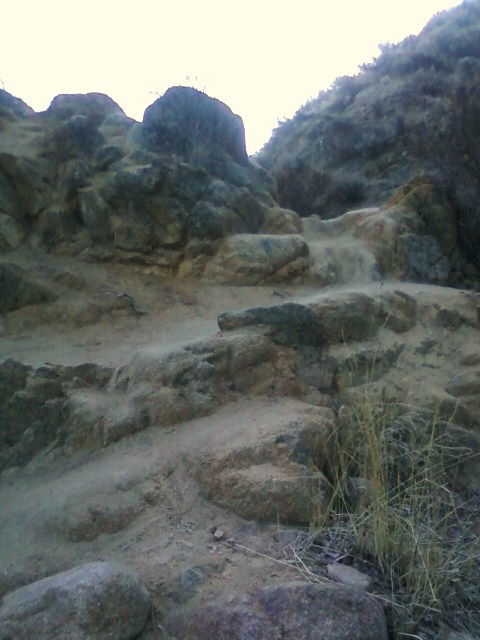 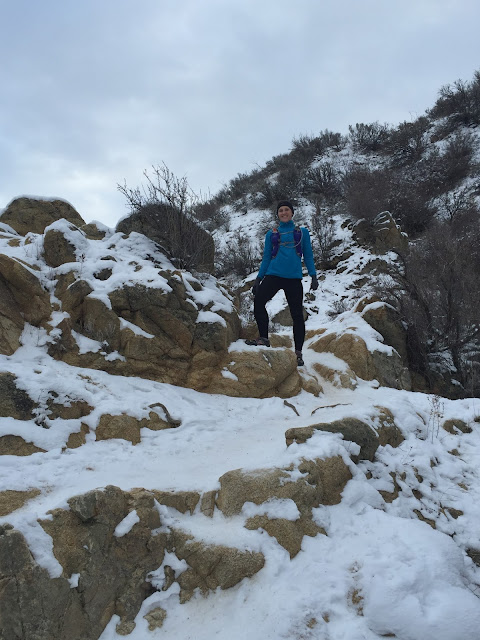 We stopped the run to look at the sign and study it in 2012.  By now, we have every trail memorized and never check the sign.  But in order to re-create the picture we stopped. 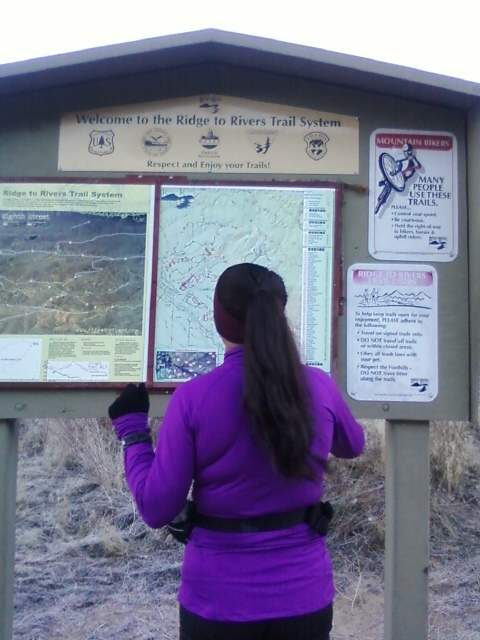 2014 - this one took awhile.  I was trying to have Michele preposition her hands to be just right.  Also, notice we have graduated to trail packs instead of waist packs.  That happened when I had surgery and could no longer wear them (2013) 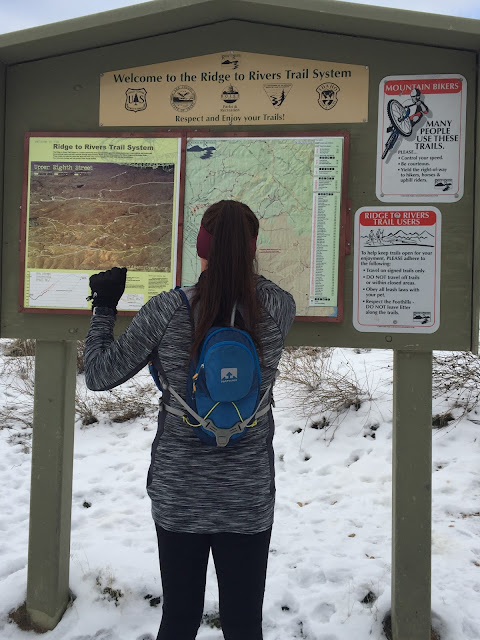 I would say, that running it today despite the snow was much easier than 4 years ago.  We breezed through it for the most part and didn't even notice the miles as the ticked by.

One funny moment.  As we came up to the upper parking lot we both stopped and began acting as if the run was over.  Then we both looked and did not see Michele's car!  WAIT!!  We parked in the lower parking!  ARGH!  Off and running again.  Funny how hard it is to break a habit you have developed.
Posted by Jodi at 2:15 PM