No sleeping in for these girls!! 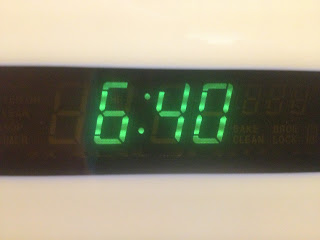 To TRAIL RUN OF COURSE!!!
I happily will get up at any time in the wee hours of the morning if a trail run is my reward!
I had been cooped up indoors all week with a sick daughter! Her health was such that I could not leave the house for any purpose unless my husband was home. Because of that,  I had to suffer some dreaded treadmill workouts!  My body just does not respond well to be run like a hamster on a wheel!  And my brain goes nuts!!   My feet were just itchy to hit some real ground and get a movin! 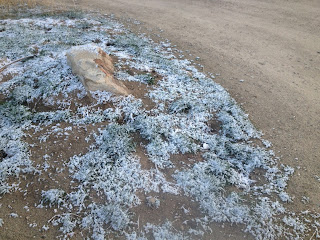 So I was so excited that she was feeling better and I could sneak out for some real running!  I would have gotten up earlier but I don't like to run in the dark!

It was windy and pretty cold.  We were surprised by a skiff of snow on the ground!  But it was hardly any, so no worries!  At least that meant the trail would be frozen with no mud!  We stared out at the last parking lot on Mtn Cove road and headed up to Buck tail. 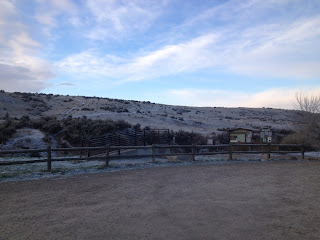 It was quite cold once we got moving.  It made me wish for a beard.  Michele laughed when I told her.  We have many times on the trails wished for beards to protect our faces from the cold wind.  Luckily we have never acted on those wishes.  We are still beard free!

As we climbed up Shane's my calves were on fire!!  In my mind I was re-writing "This Girl is on Fire" by Alicia Keys.  My version was:
MY CALVES ARE ON FIRE!!!!!! (repeated over and over and over)
I blame it on the fact that I was forced to tread mill it a few times. Finally we crested Shane's and began our descent.  My calves were super happy! 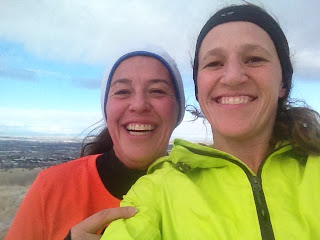 From there we headed down Ridge Crest and Toll Road.  Normally I FLY down these hills really fast,  Michele keeps telling me that one day I will fall, but I haven't yet!  Anyways, I decided to take it easier down today.  We even made up our own little mantra for the hill..

I feel that this was important for me to do today because I could feel the start of a cold coming on and pushing it may not have been the wisest ideas.  So we eased up and enjoyed the run down.  When we came out to Mtn Cove we ran the trail and took one more turn.  This time up Elephant loop.  We have done this one before and really liked it.  Adding this in would put us closer to 8 miles.  Though after completing it, we both agree that going counterclockwise would be cooler.  Must remember that for next time!

It was a good trail run today.  It happened to be my son's 15th birthday and yes, he was still asleep when I got home.  Being a mother of four ages 17 - 9 does have it's joys and also it's stresses.  It's nice to have  running as an outlet.  Running with my sister has made it even better.  So many of my problems are solved out while I run!  For each mile logged, I've grown. I always tell people that running is my therapy, it keeps me sane!

I keep wanting to try new runs and new challenges.  I am setting some pretty lofty goals for the next year.  I am hoping for a lot of encouragement and support from those around me, especially my sister who happily endures them with me!