A couple weekends ago was the Treasure Valley's famed RACE TO ROBIE CREEK.  It is not a secret to those who know me well that I do NOT care for this race much.  So, when I found out that one of my running friends SECRETLY signed up I did enjoy harassing her by calling her a "sell out" and a "traitor".  All in great fun of course.  On race morning Michele (who is converted to my anti-Robie feelings) decided to send our friend Kris off quite a BANG!  The theme for Robie was KILLER QUEEN.

We arrived at her house Saturday morning with balloons, chocolates, a crown, a second bib to attach to her official race bib and the Queen hit blaring on the stereo. 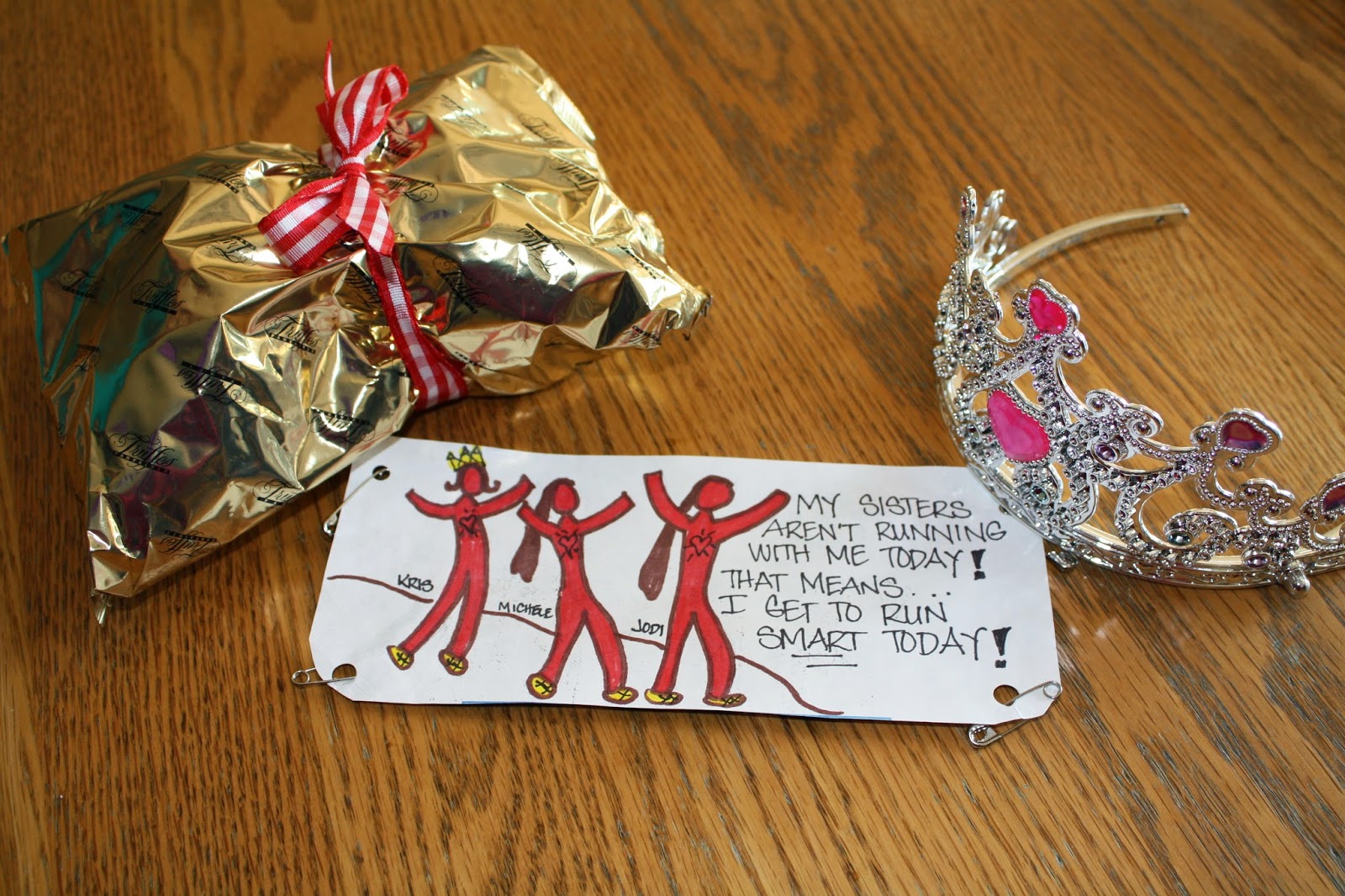 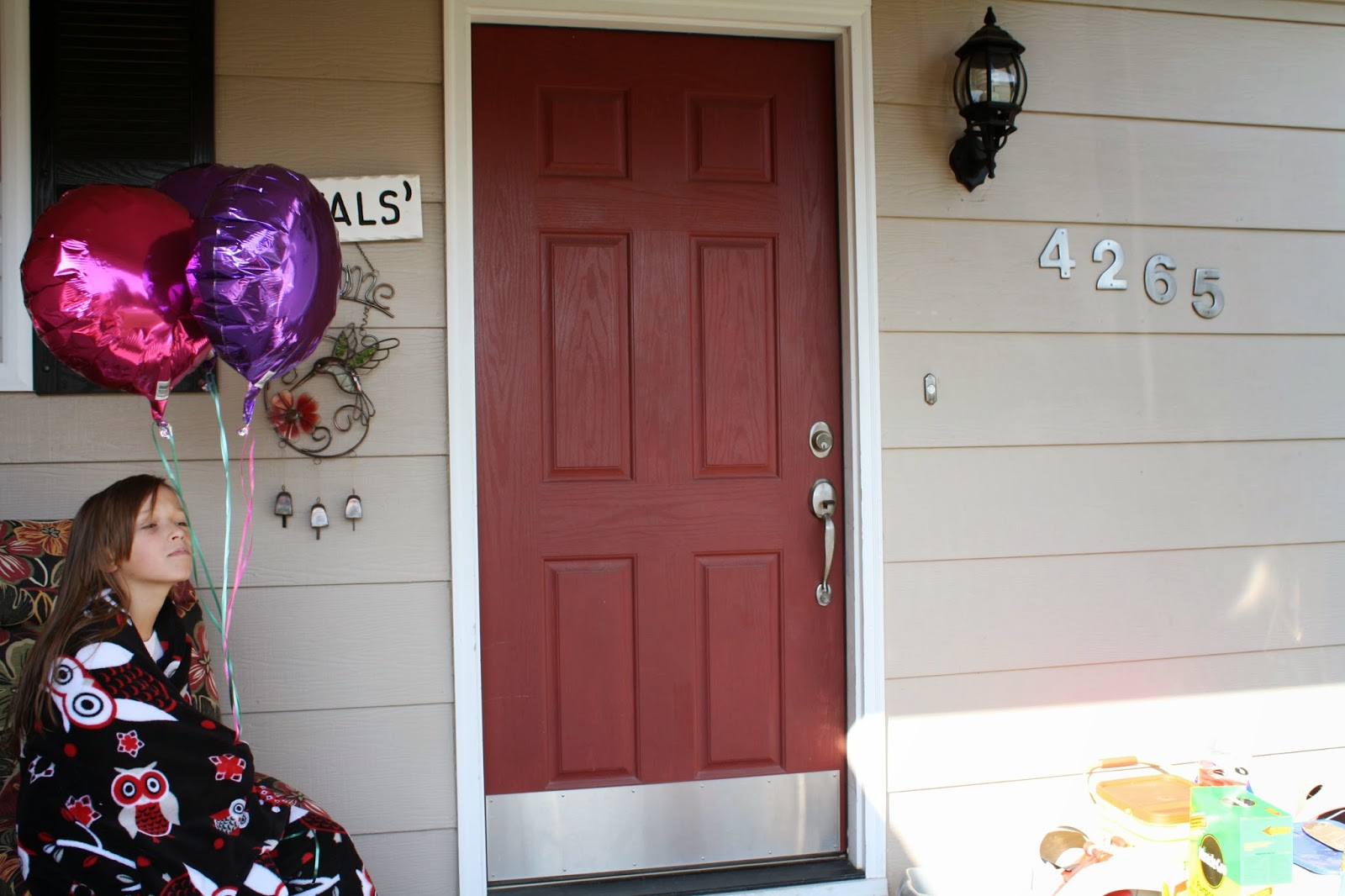 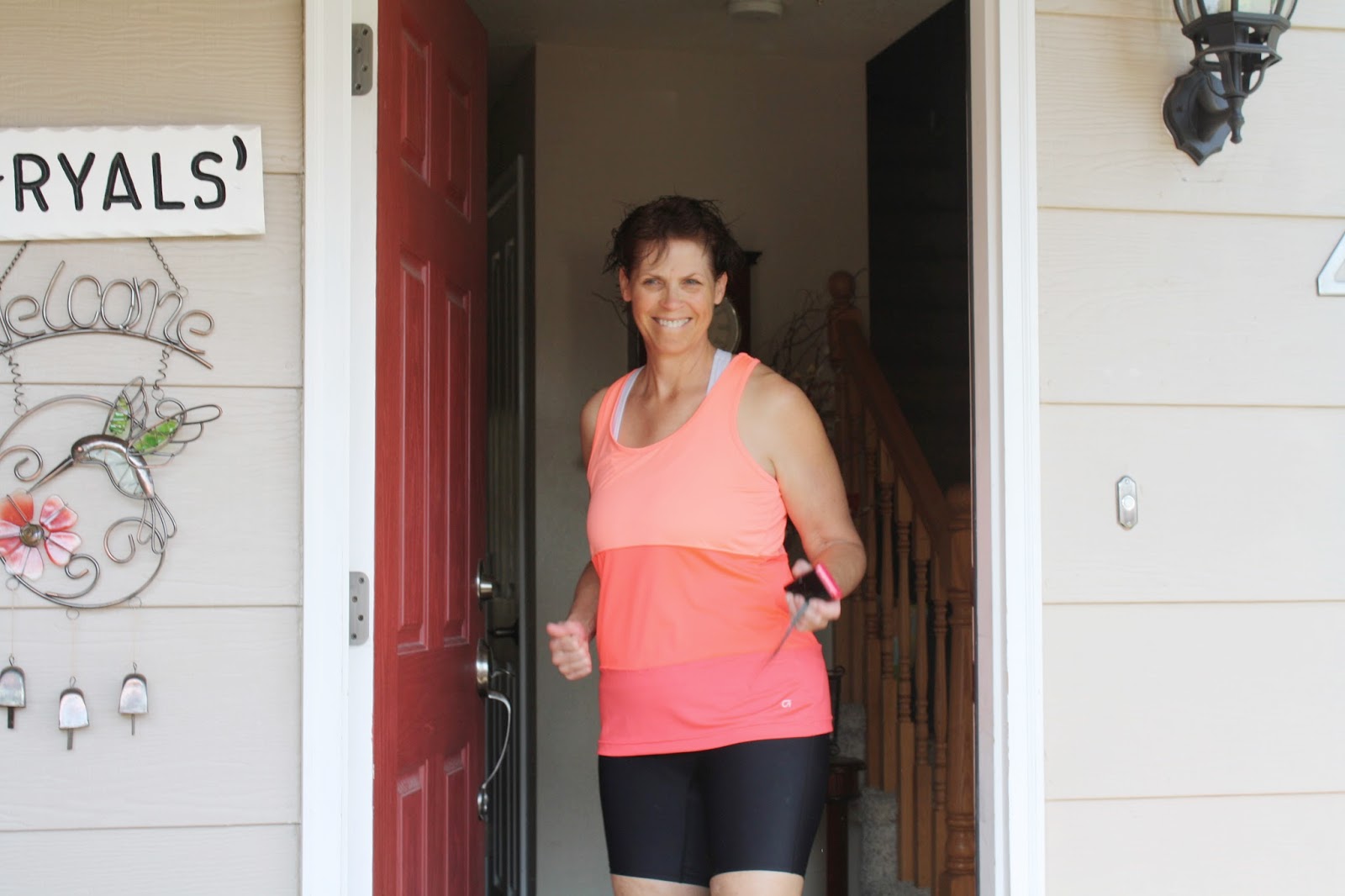 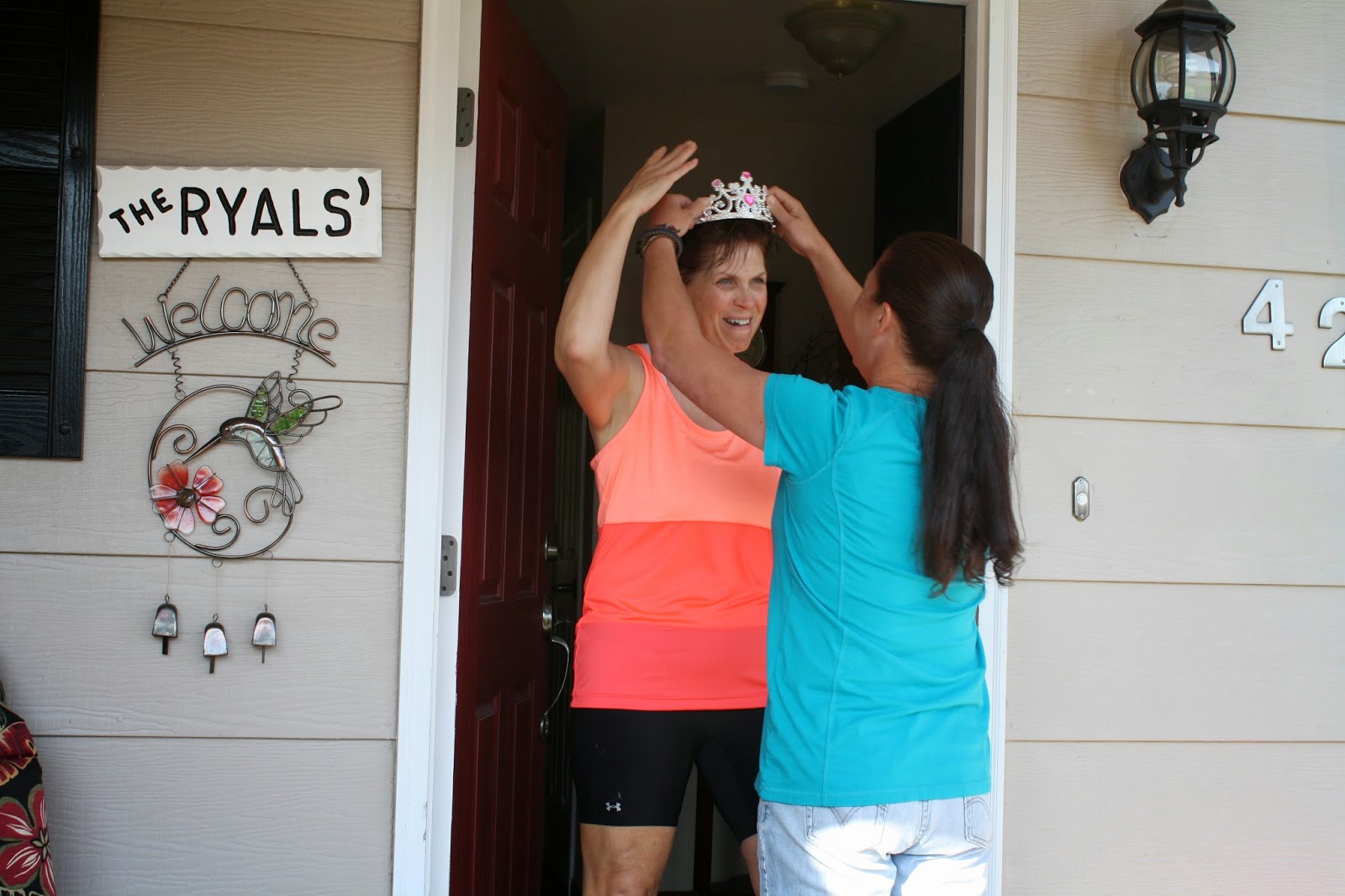 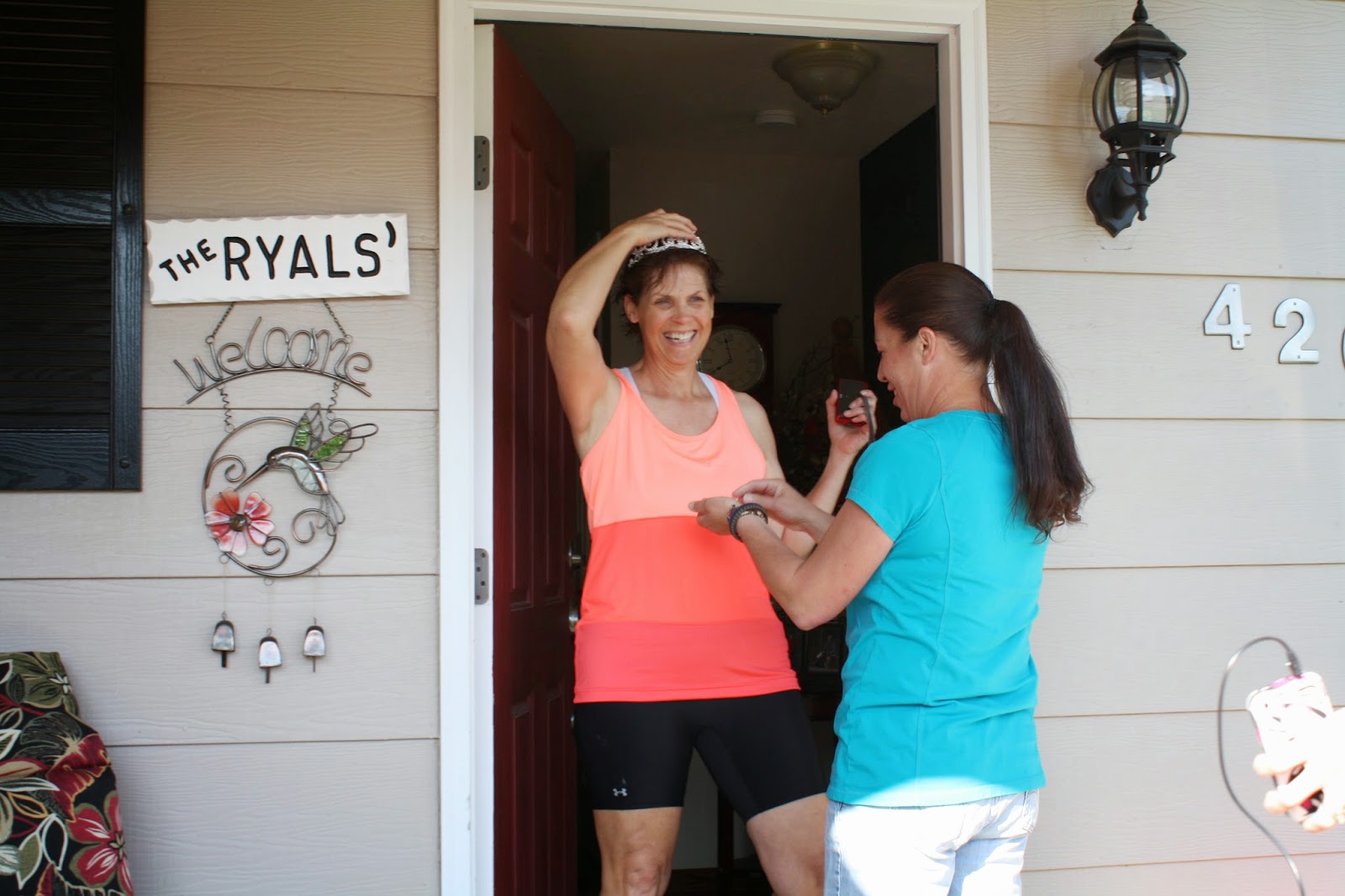 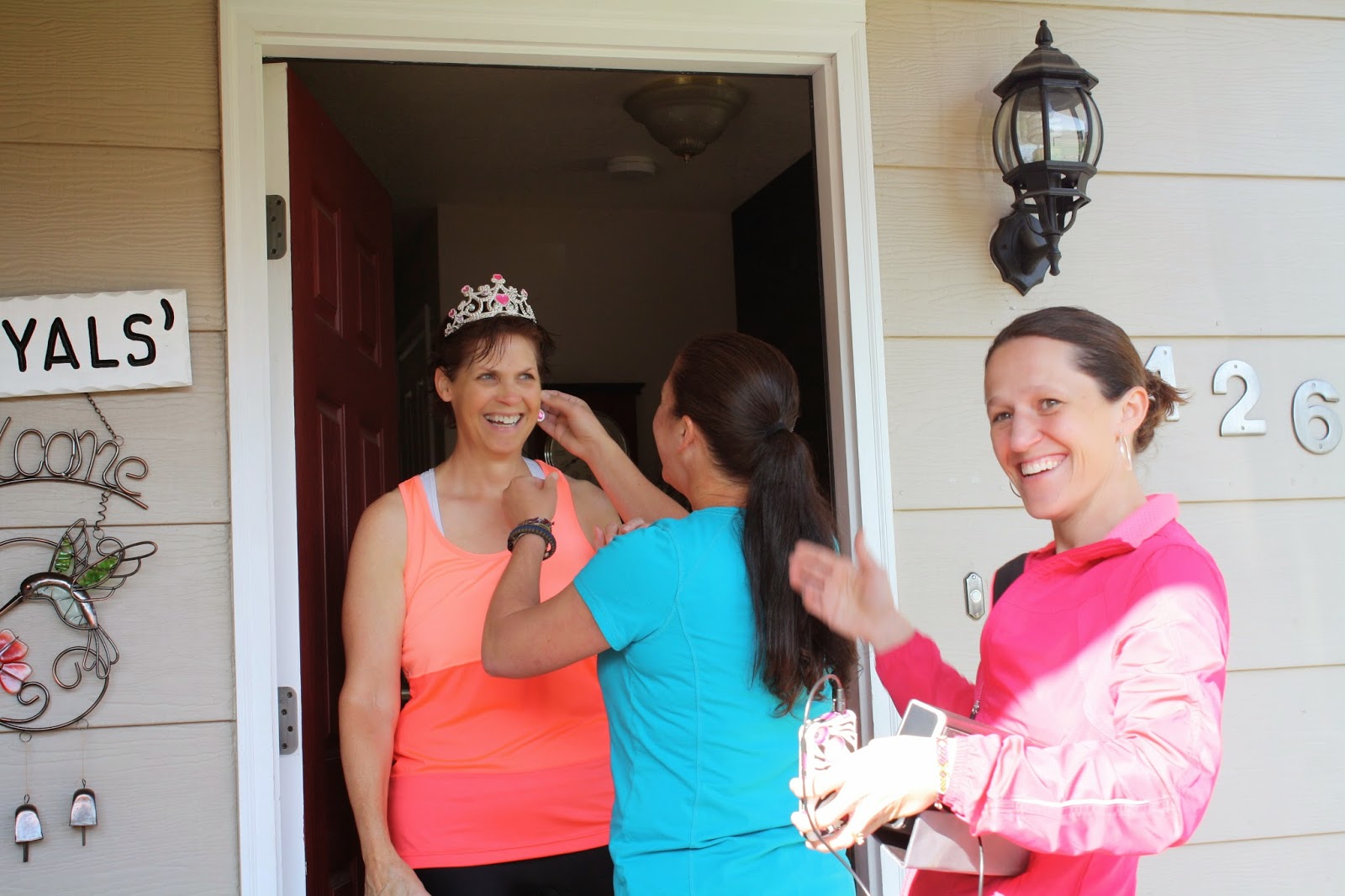 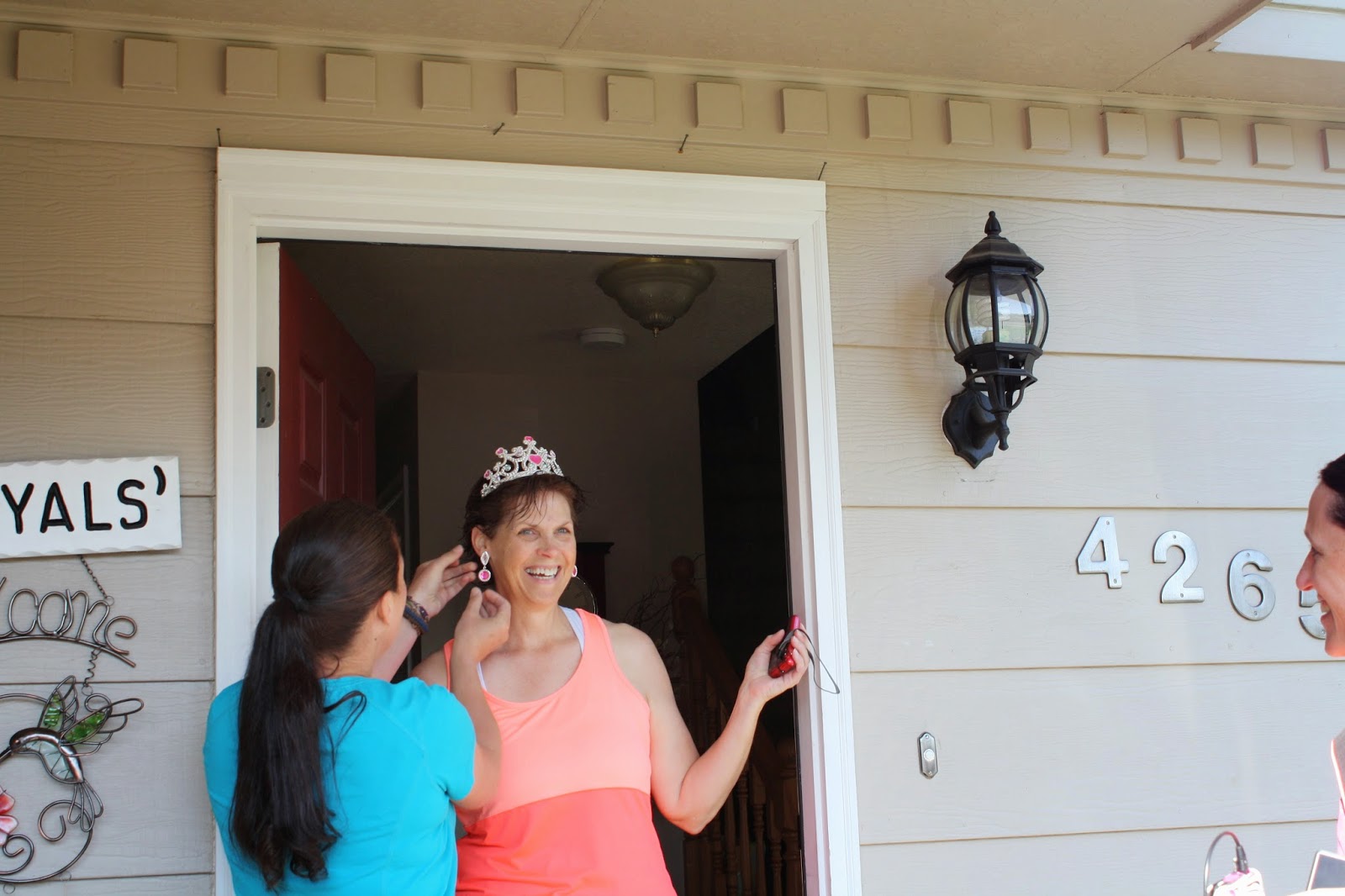 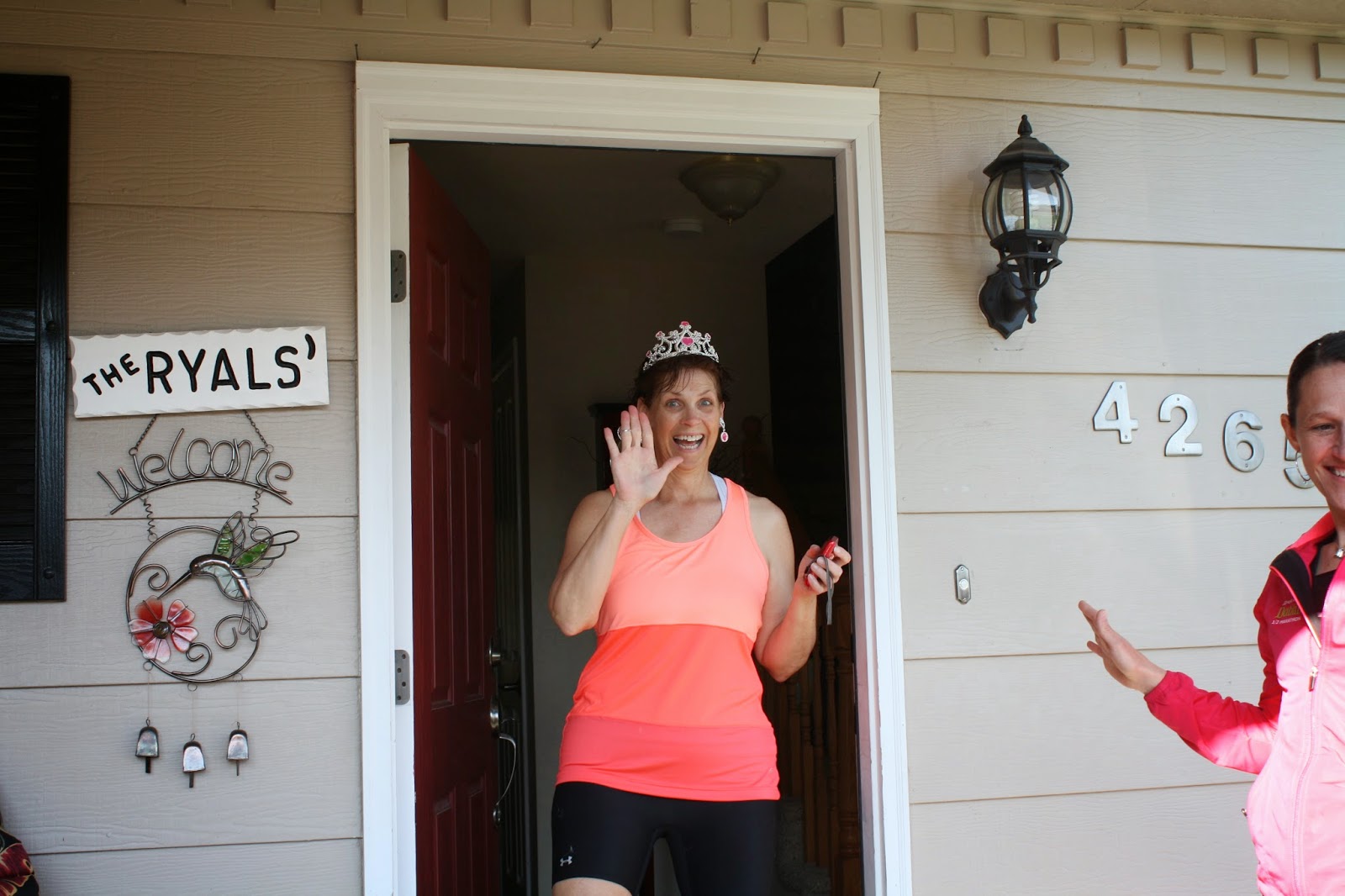 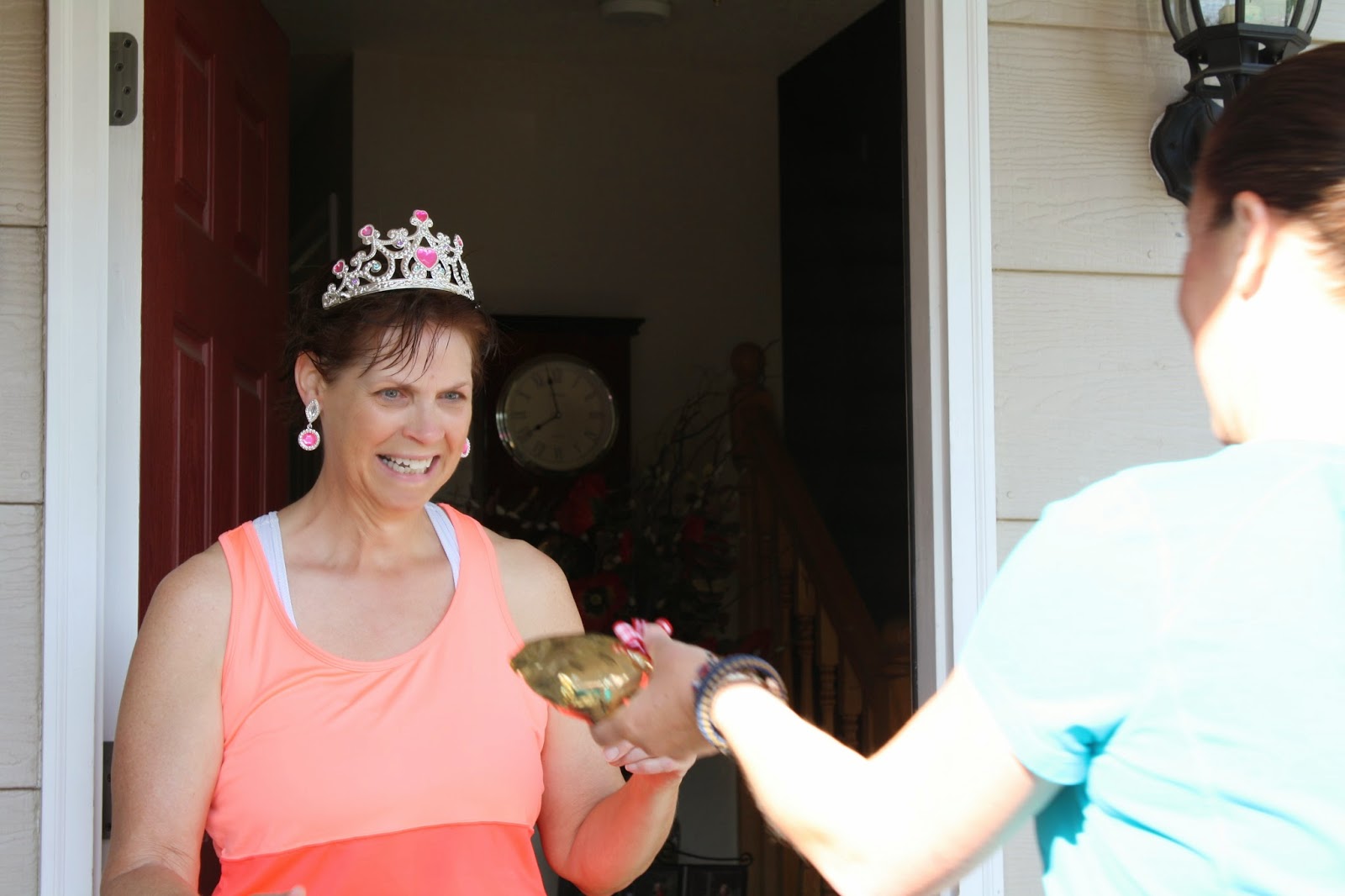 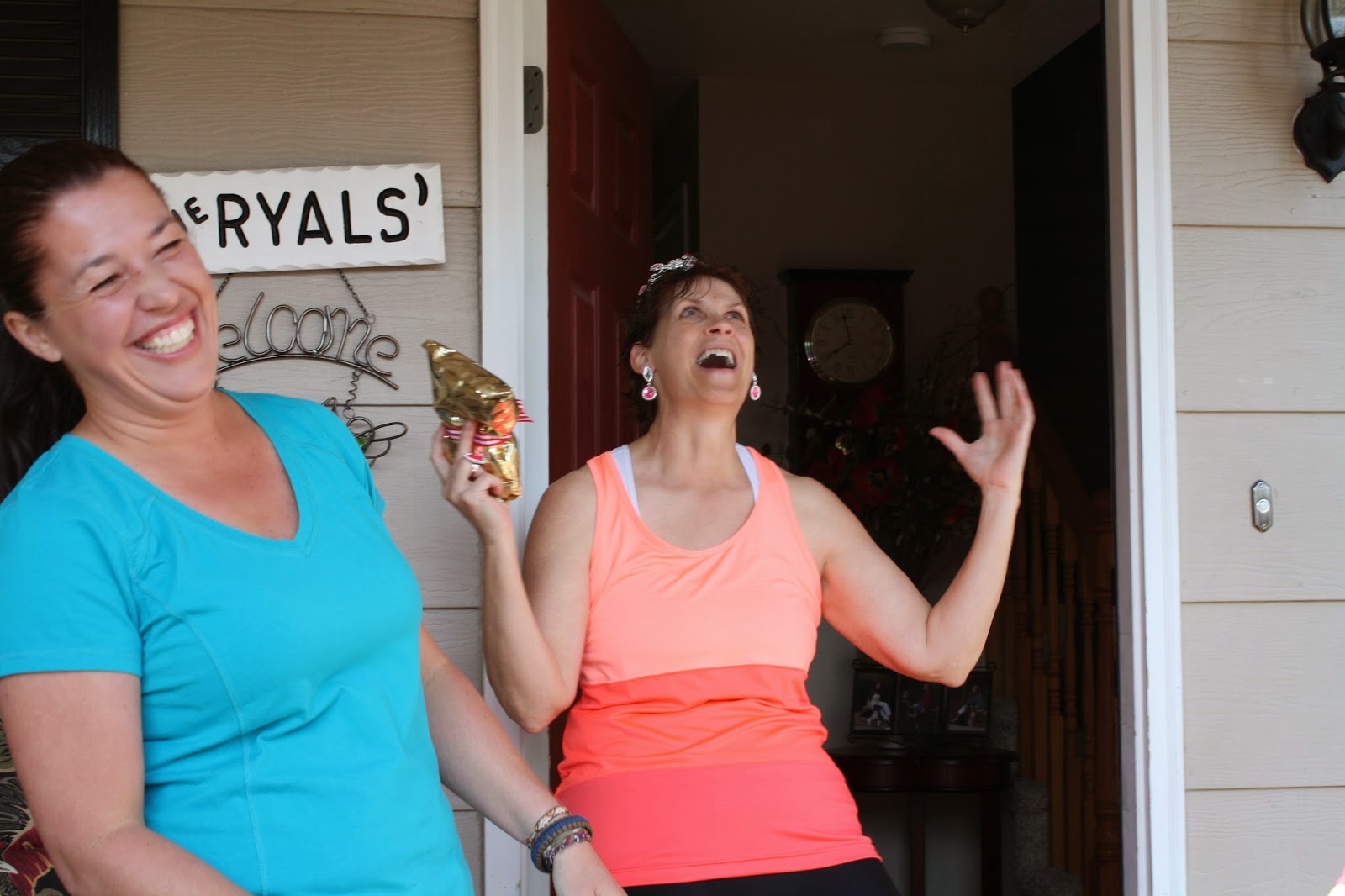 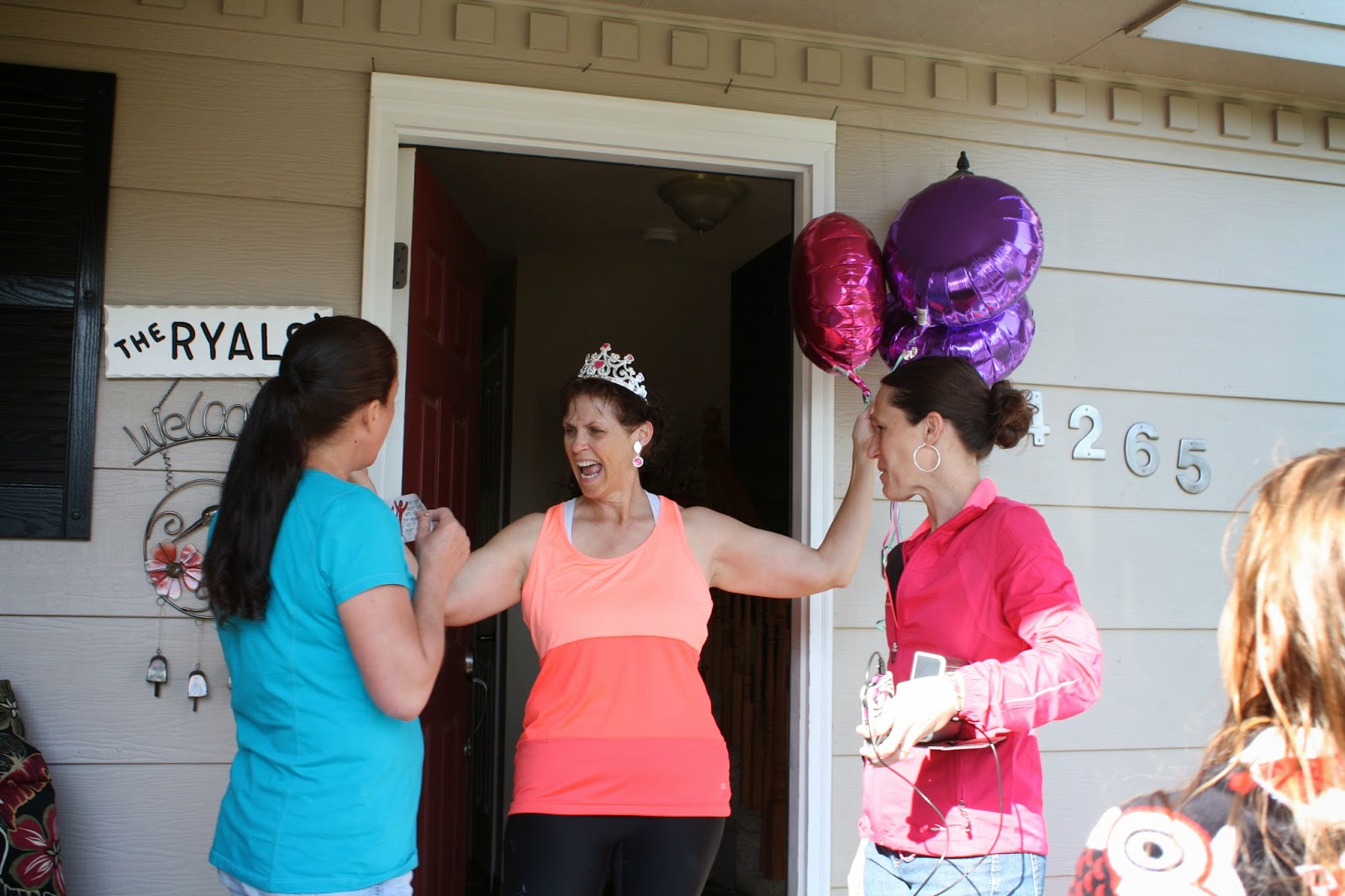 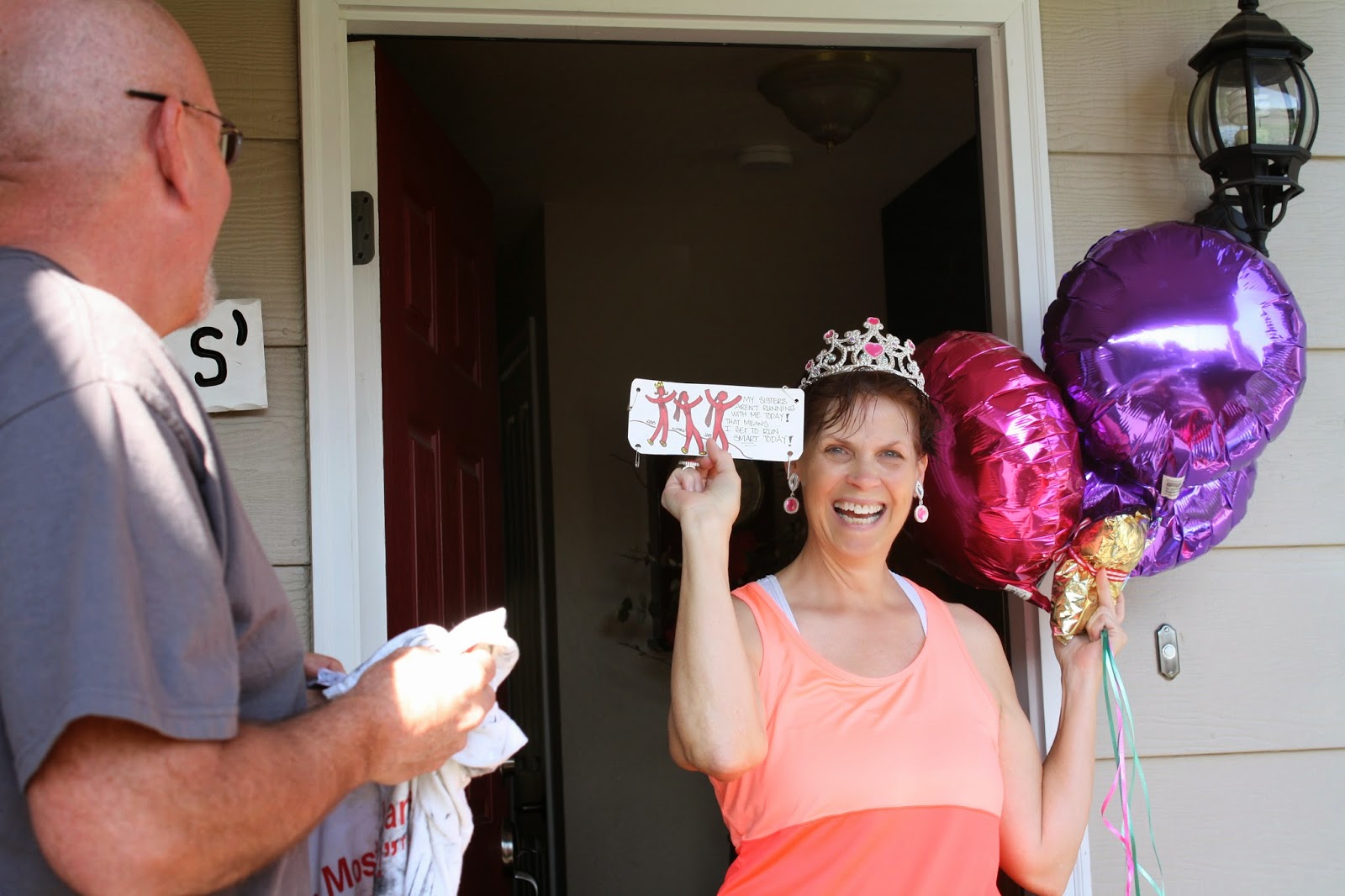 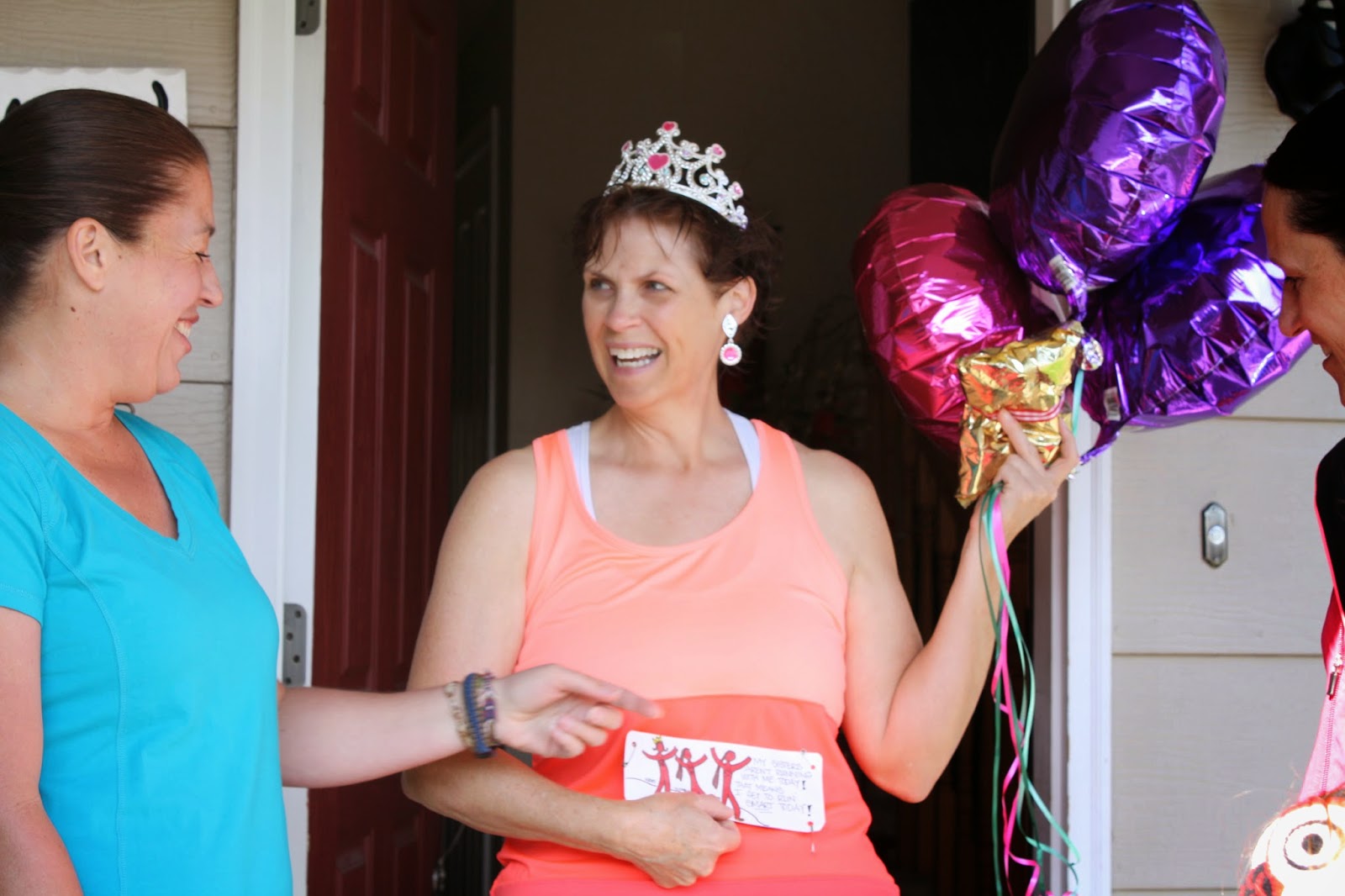 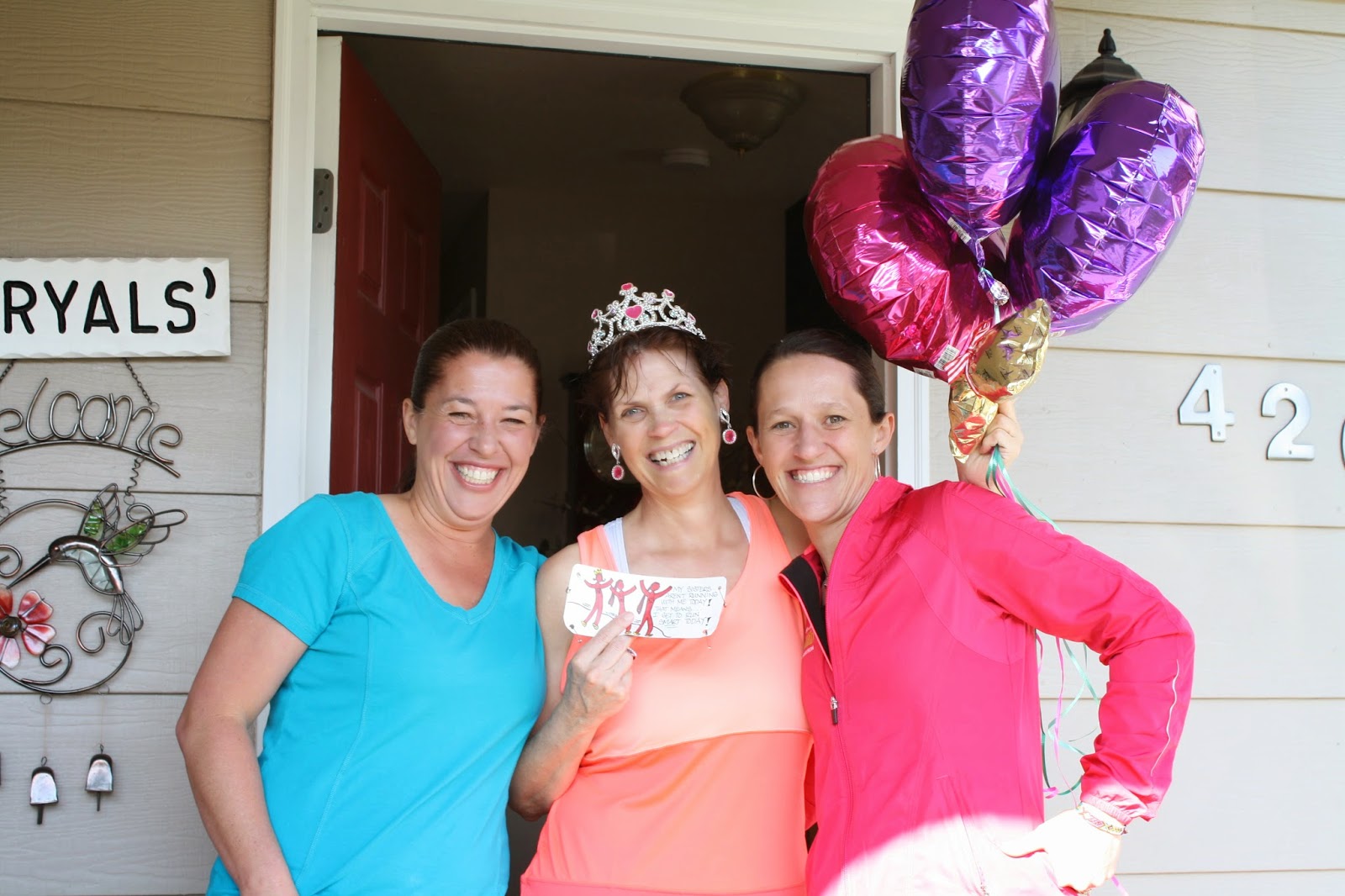 She ended up having a great time and doing better than she had hoped!  All because we weren't with her to push her too much and she just ENJOYED herself!  Here is her race report...

-head wind all the way up but not bad it kept me cool
-65-70 degrees
-tried something new, ate a piece of banana at each station. Had a lot of energy. Felt great
-walked on the up side 5 times on the steeper parts
-got to the top at 1:51
-stopped to eat a banana, oranges and drank half of my rip it energy drink. Took about 2 mins.  Then I took off and didn't look back.
-LOVE THE DOWNHILL. RAN FAST AND STEADY. Kept up pretty much the same pace all the way down and did not stop. I kept passing people and thought I feet great!  Must be the Rip It and banana combo
-At the summit I was runner #1559, at the finish I was #1418, meaning I passed 141 people on the downside.
-Overall 1418 out of 2314.
-age group 56-59 I placed 14 out of 51
-chip time 2:33:36
-All in all I enjoyed the race. The only thing hat could have made it better was if my two running partners were running with me.
-My good husband "Mr. Tortoise" was there at the end to greet me. 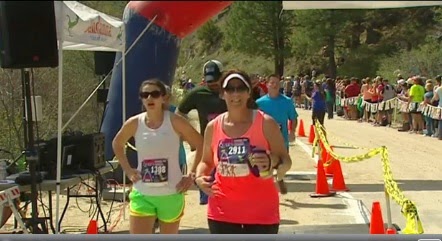 So.. the lesson learned here?  If one of your running buddies signs up for a race that you think is dumb, as long as it isn't deadly or dangerous.....SUPPORT THEM!!  Good Job Kris!!!