A half marathon that is considered an ultra?  Well this one was.  We started at Diamond Jack Campground just outside of Twin Falls.  We were pumped to run, all be it super tired.  We had left Boise at 4:15 AM yawn! 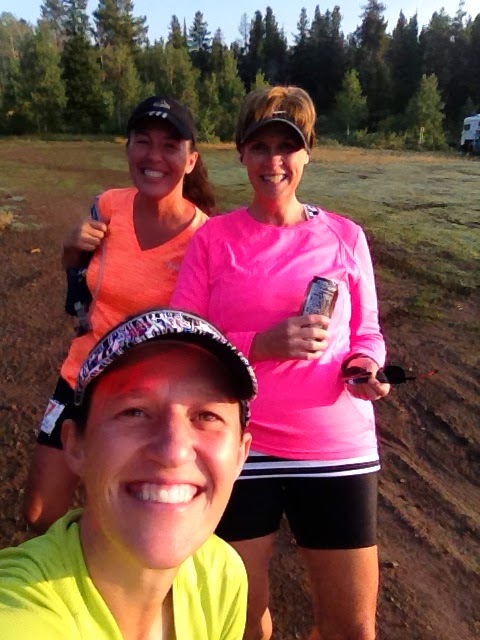 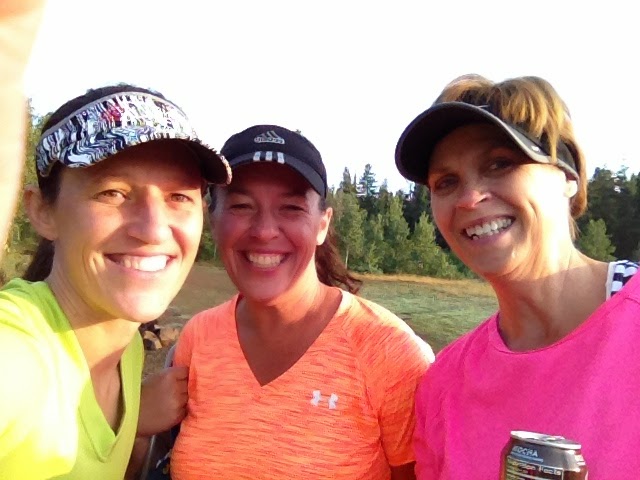 We are getting pretty good at our pre-race "selfies"! 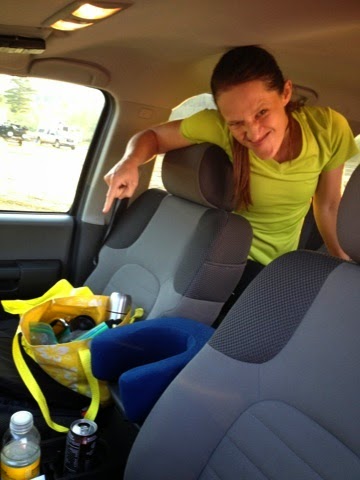 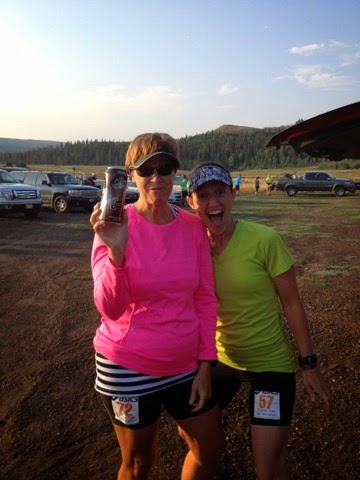 Kris made a HUGE mess in Michele's car!!


The race started and we soon realized that it was a lot of uphill to start.  So we played it smart and WALKED!  Some running when it allowed.  But we are smart runners now and we know...save your legs for the downhill!! 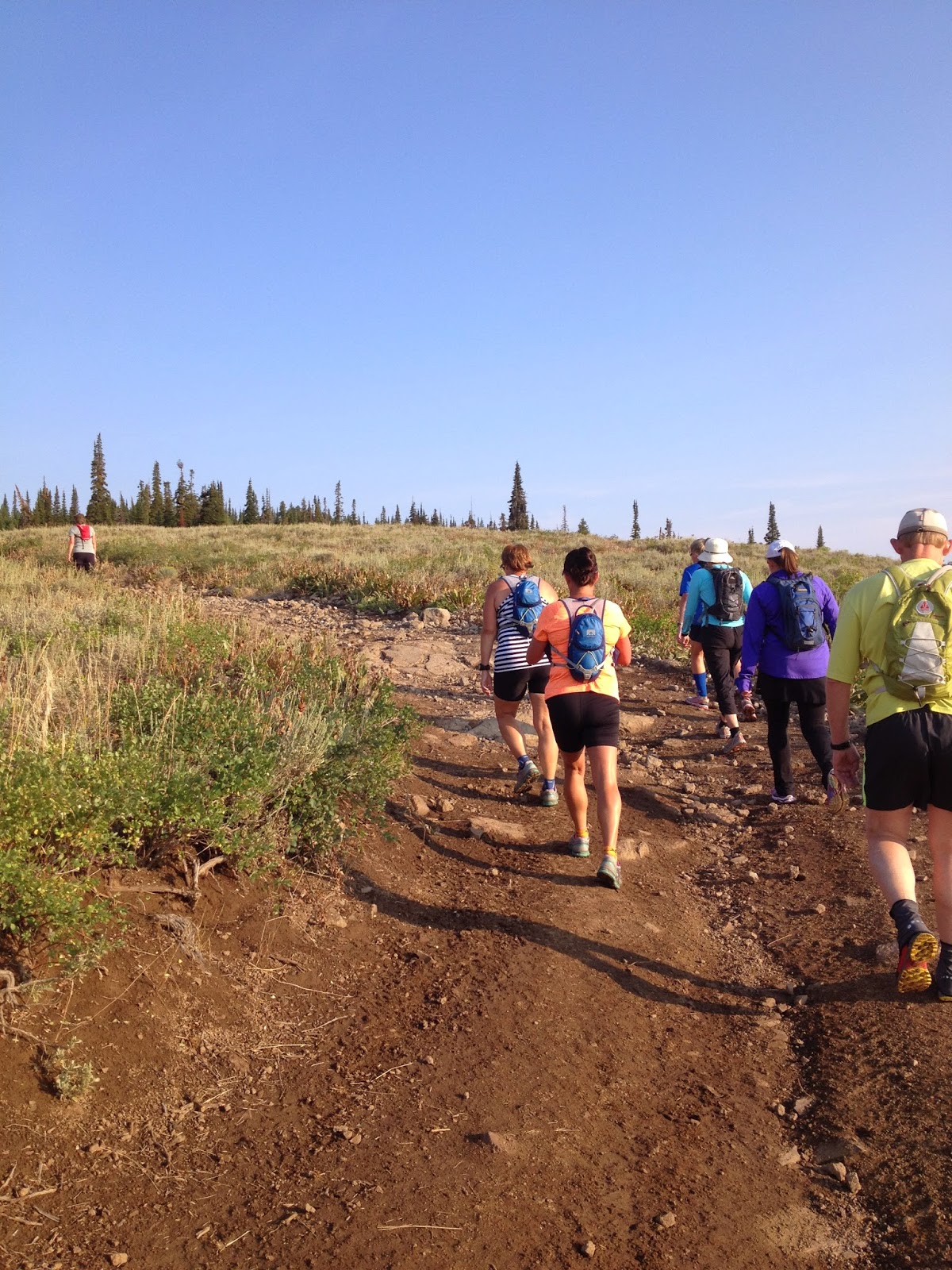 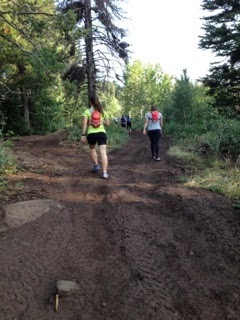 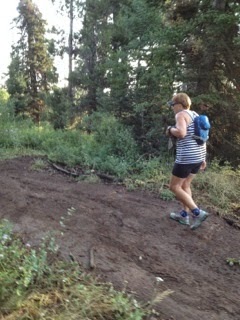 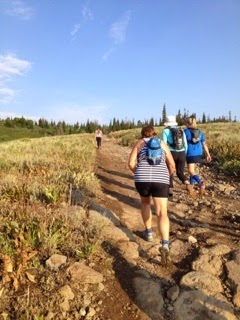 When we reached mile 3.5 it was the first, last and only aid station.  I didn't need aid yet, neither did Michele.  But Kris needed to use the bathroom.  Michele told me to keep running and said, "Kris said she will catch up."  So I did.  When Kris came out of the porta-potty she had no idea we had left her.  She couldn't believe we ditched her.  So she thought, she will catch up.

From here there was more running.  There was a lot of over growth and we were running through sage brush, low hanging branches and other vegetation.  Michele said she was glad I was in front of her because that made me Tick patrol!  They would either attach to me or I would knock them off the bushes as I ran by.  So glad to be of service to a fellow runner!

Here is the problem I learned with having Michele run behind me. I would run until I would get to the base of a big hill or a hill that was covered in loose rock.  Then I would start walking.  Michele would start walking IMMEDIATELY when I started to walk.  I assumed that she would also run to the base of the hill and THEN begin her walk.  This would not be too big of a problem if she stayed consistent with this practice.  That would mean when I started to run at the top of the hill she would then start running WHEN I did.  No.  She would wait and run when she passed the landmark at which I began my run.

I slowly began to notice this problem during the race.  I began to notice what she was doing.  So..... I stretched my walk after the hill until it was flat for both of us.  Then I started to run thinking "ok it's flat" that she would start also.  Nope she would wait until the landmark.  She was killing me!!  But since this race, I have lectured and corrected her and it should NEVER happen this way again!!

Some of our beautiful scenery: 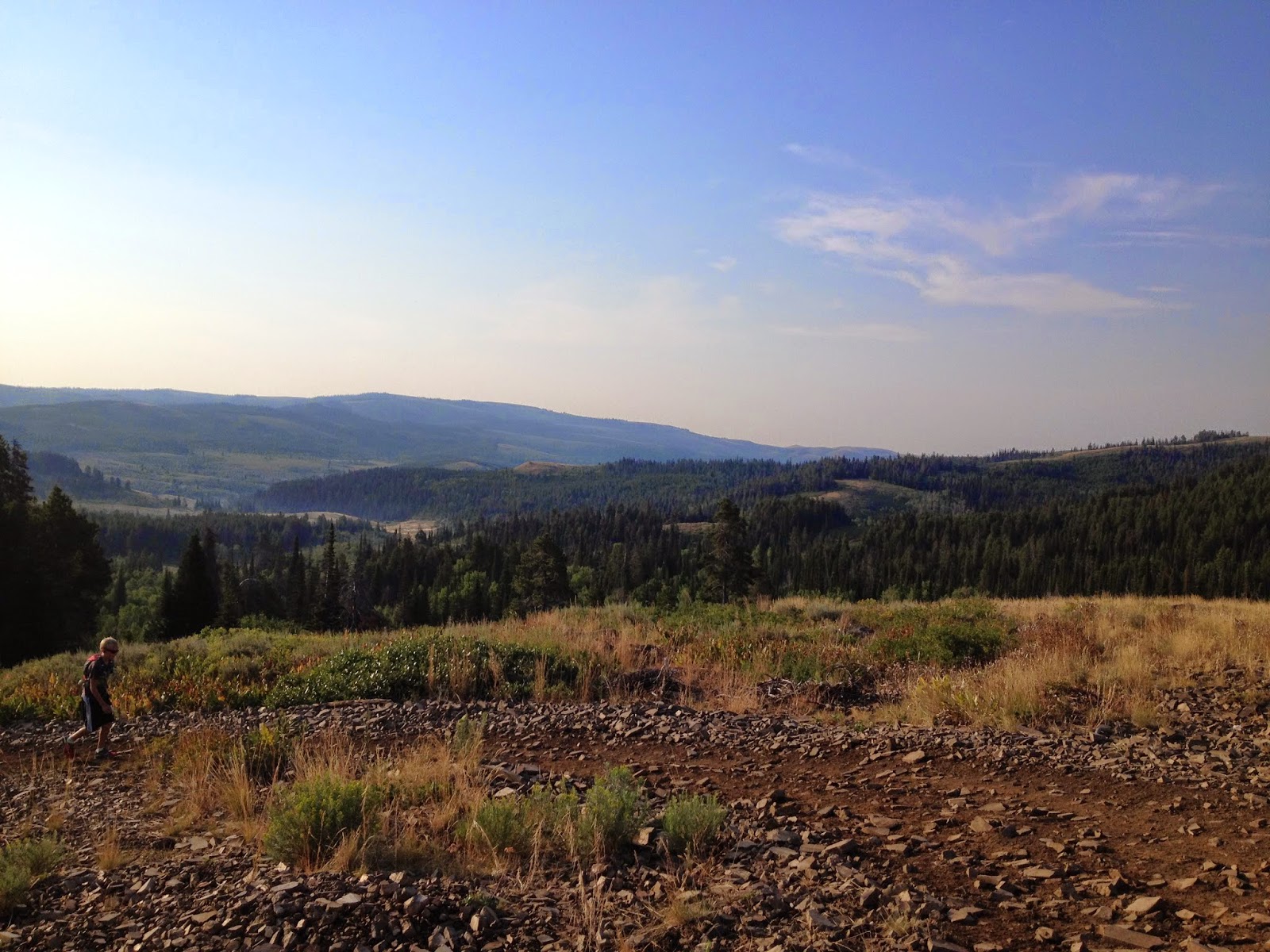 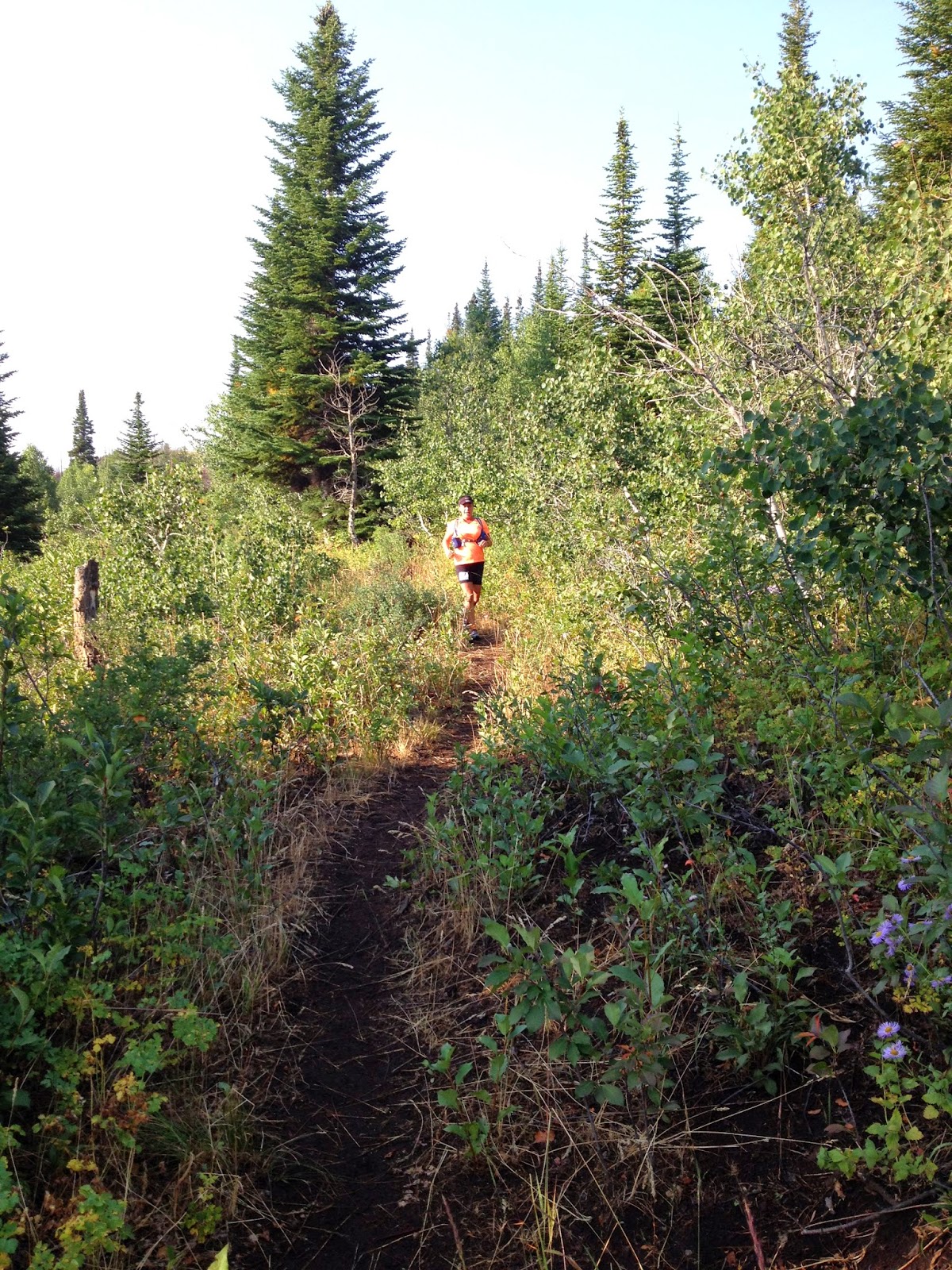 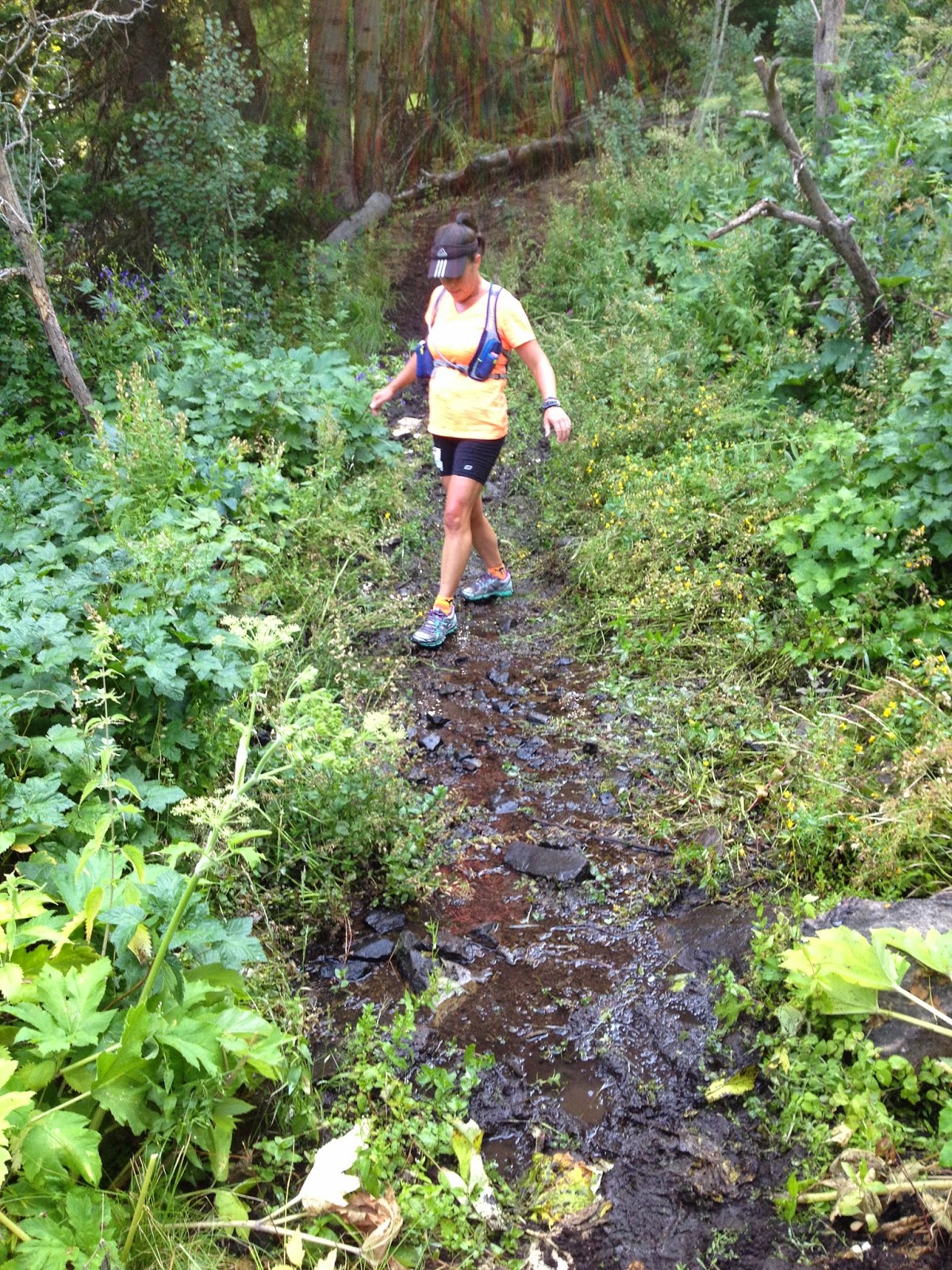 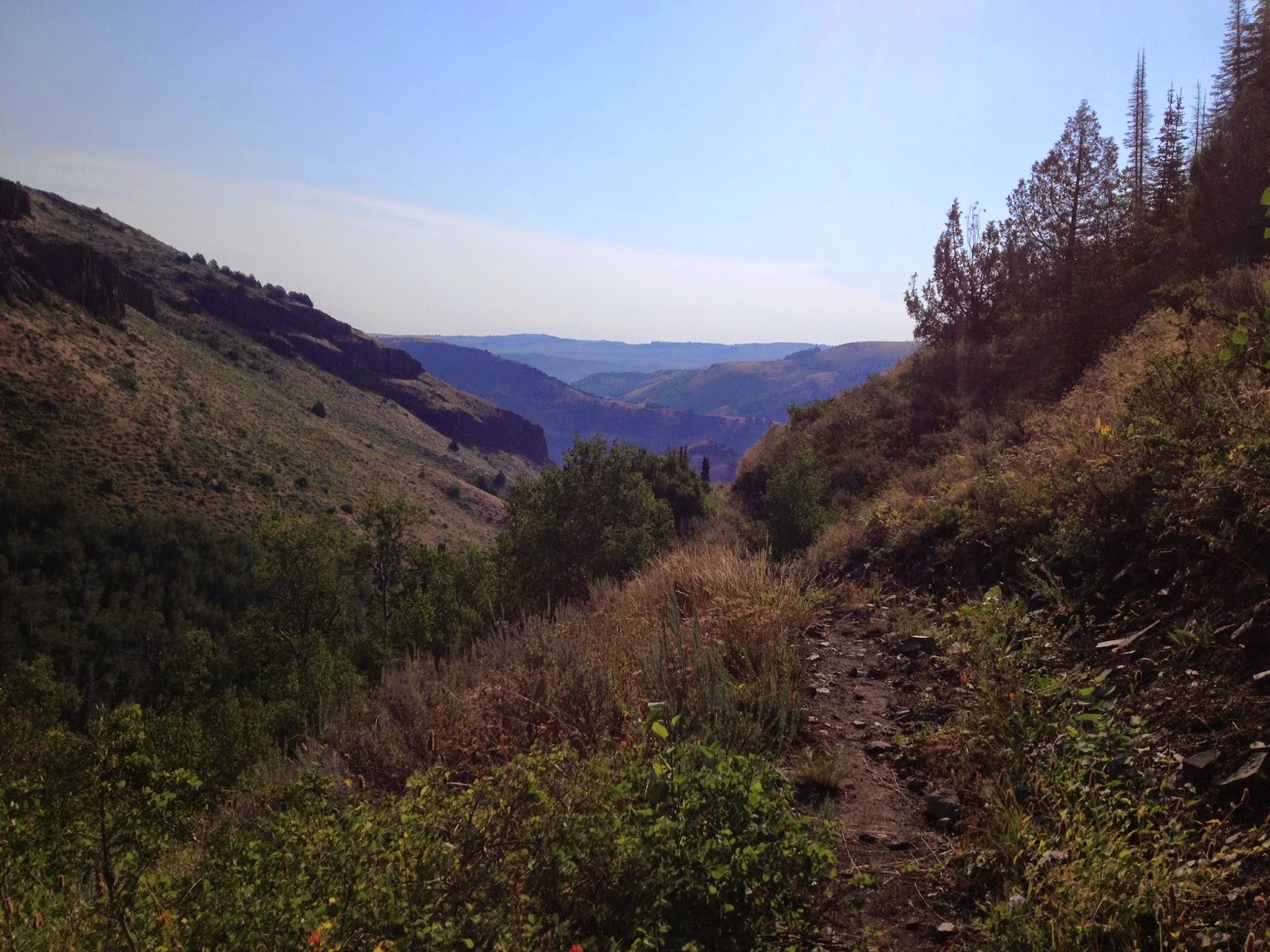 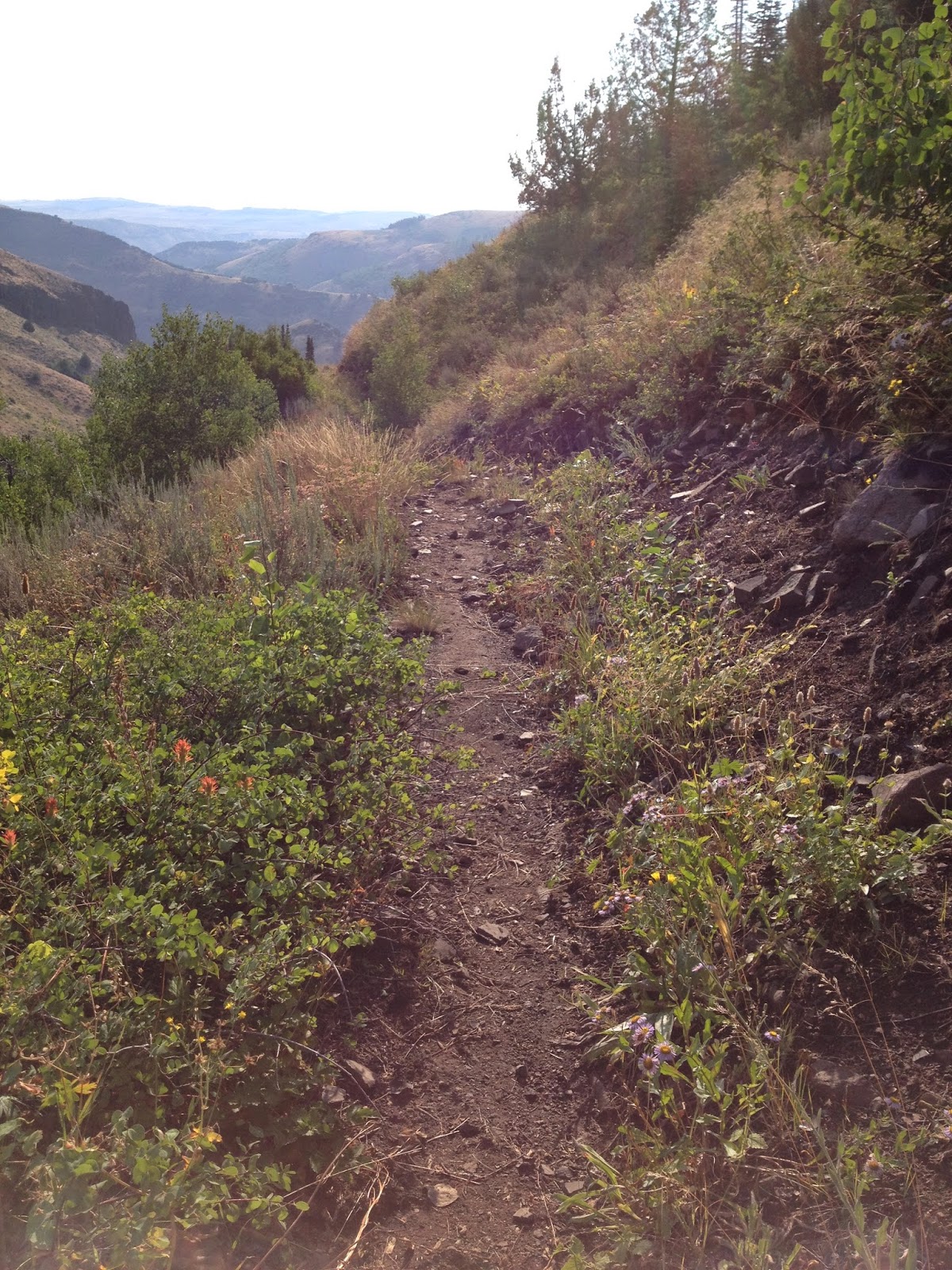 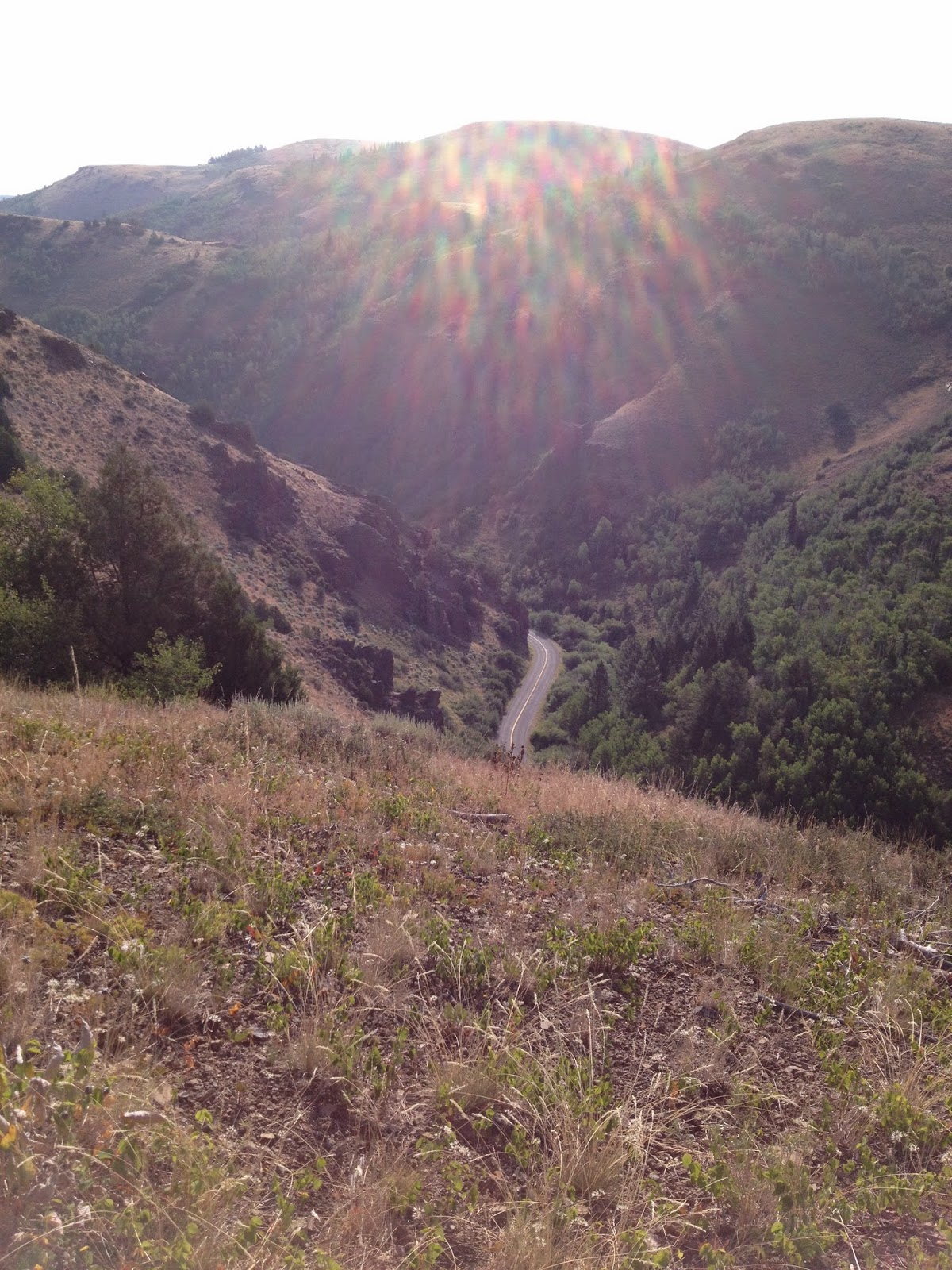 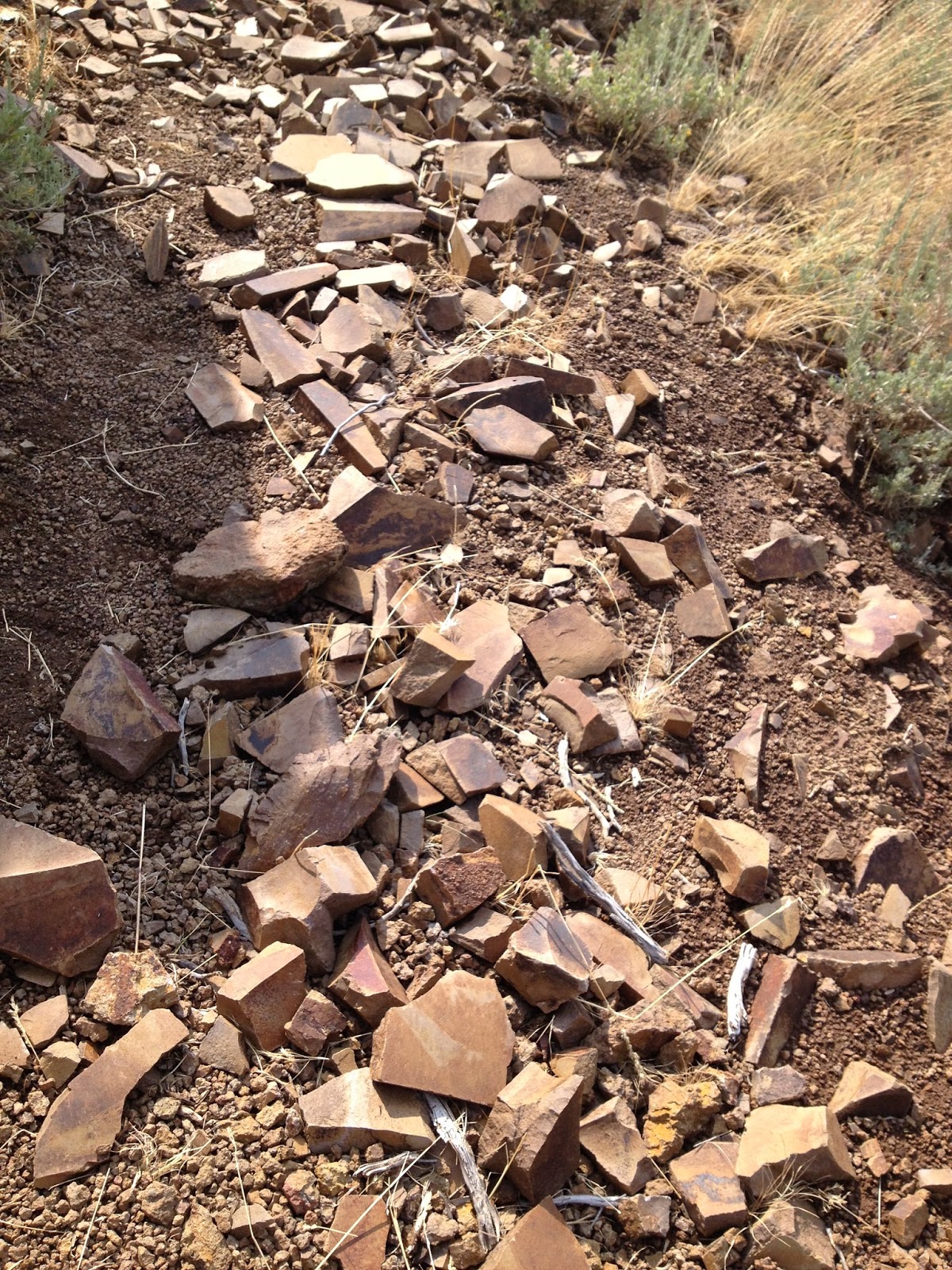 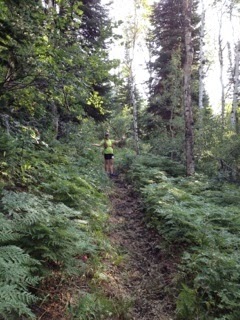 A few fun things we will always remember about this race:

1.  If you run smart, you will pass people.  We passed 10-12 on the final downhill.
2.  If you yell hello to Michele when you are below her on a switch back, she will look up in the air thinking you are a bell.
3.  When Michele falls, she does it Ninja style!
4.  Kris saw a runner fall and saved the runners life!!
5.  I half-fell but I am more than ninja and didn't fall.  Hurt my hip.  Later when I was stretching it I could not walk and my dear friend Kris LAUGHED AT ME!
6.  Michele got a ride back to the start line where the car was from a 15 year old boy who JUST got his license
7.  The shirts and medals were gender specific which was really nice.
8.  Michele CANNOT drive in construction when it is dark.

AWESOME DAY Great RACE!!
Posted by Jodi at 3:30 AM