YOU CAN'T DO WITHOUT IT!! 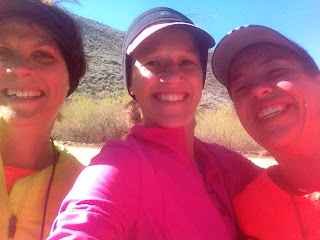 This month's themed trail run was picked by Kris!  She picked to run Watchman which is a trail that we absolutely love!  This time of year there is usually a vast amount of yellow wildflowers so we were super excited!!
We were all pretty quiet as we drove to the trail head.  I think we are all just wiped out.  We had a hard long run (18 miles -Jodi, 16 miles - Michele, 13- miles - Kris).  Then a week later we ran the High speed pursuit half marathon and then a week later we ran the toughest 10 K in the WORLD!! We really need a rest!!
As we drove up Rocky Canyon road Michele and I kept trying to convince Kris why we should run the Adalpe challenge in September. (see it here).  She denies wanting to run it with us, but I know in her heart she wants to and that she WILL!
My knee is still "iffy" so I determined that I would be walking every hill.  Kris declared that because of that she loved running with an "injured Jodi" because then I didn't go so far ahead!
The snow melt had filled the creeks and we had 5 fun creek crossing.  Luckily Ridge to Rivers does such a great job maintaining the trails so we had good dry footing on each one.  Kris did get a little wobblily once though!!

We spied a really interesting and disturbing sight.  A HUGE rock had rolled down the hillside and torn up a deep groove as it rolled.  It was neat but scary because what if it had hit someone!!! 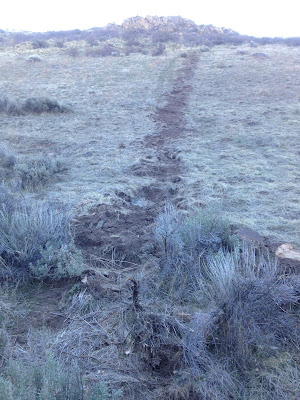 The first 2 miles were mostly climbing.  Who am I kidding! They were ALL climbing! I had to walk a lot to keep my knee from falling off.  It was so pretty though, very green!  Michele thought it looked like we were running on a goat trail in Ireland or England! 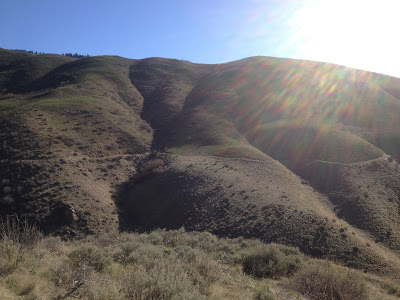 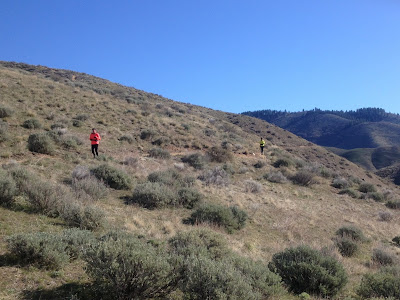 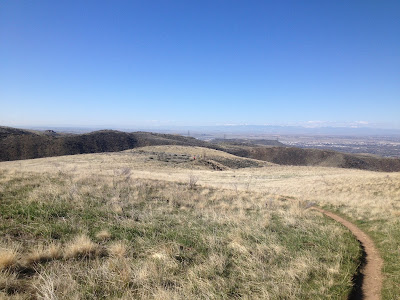 It flattened out and I got a ways ahead of Michele and Kris.  During this entire run I had been seeing a pretty big track mark on the trail that didn't look like a dog.  I even stopped at one point and asked them what t was.  So I was a little bit "on guard" worried about what was making this large tracks.  Suddenly I turned the corner and saw a huge hairy animal with a giant tail on the path in front of me.  All I knew for sure was that it was NOT a dog!!

Michele and Kris both assumed that I saw  a Bear on the trail.  I would have been running MUCH faster and yelling something like "BEAR" if that was the case.  With Michele and Kris leading, we walked back to where I had my wild kingdom encounter.

Of course nothing was there.  But when we looked up the hill we saw it hiding in the bushes. 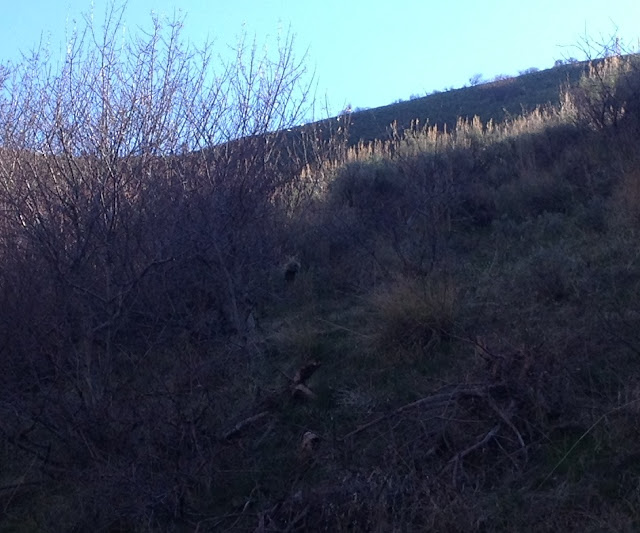 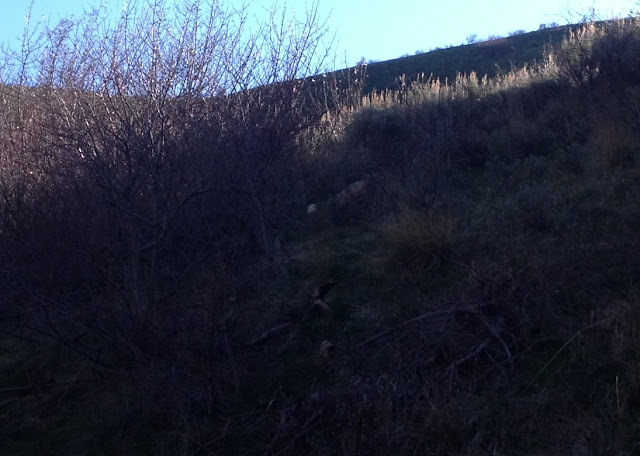 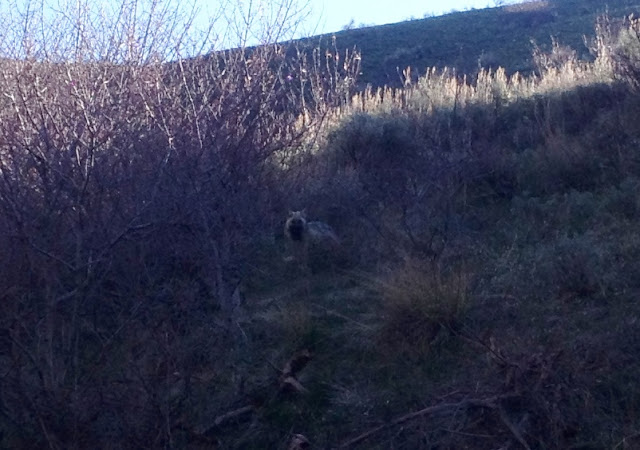 Kris and Michele teased me because in their words it was just a "little fox" and wouldn't hurt me.  But, first of all it wasn't little! And second of all, at first glance I just saw BIG and FURRY and that was enough for me!  We did take a few pictures while Michele stood by with her pepper spray ready.

The rest of our run was uneventful.  It has been so cold that the flowers weren't blooming yet.  Instead of the hillside being covered we only saw a few. 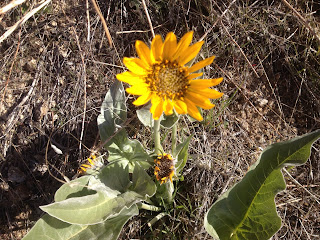 My knee starting hurting the last mile so I really slowed it down.  It allowed me to enjoy the beautiful chilly morning a little bit more.  Everything was so green and it made me so grateful to be where I was with great running buddies!

At the conclusion of our trail Kris had "awards".  She is so creative and funny!  We each received "finisher" medals for completing the chocolate run and a box of personalized chocolates! 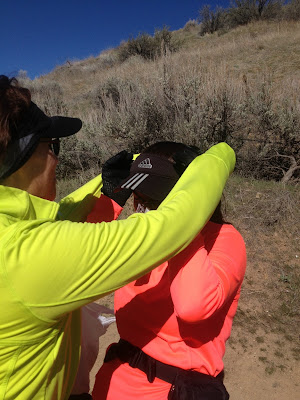 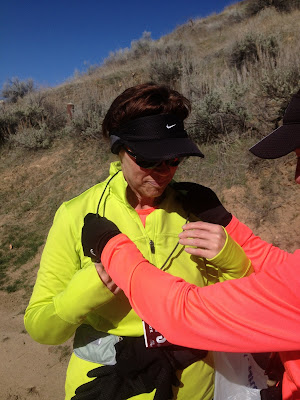 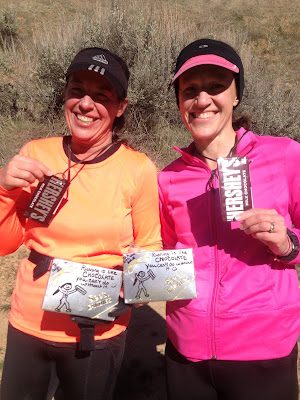 We had a GREAT time and boy those chocolates came in handy for the drive home!! 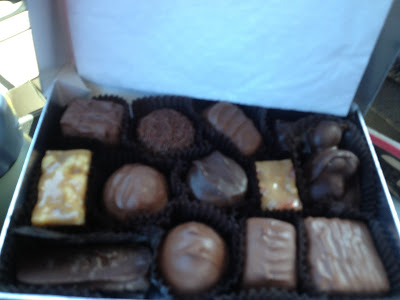