So... the second annual Black Friday run is back!!  While most people are out there fighting crowds and traffic and spending money.... we are enjoying the trails! 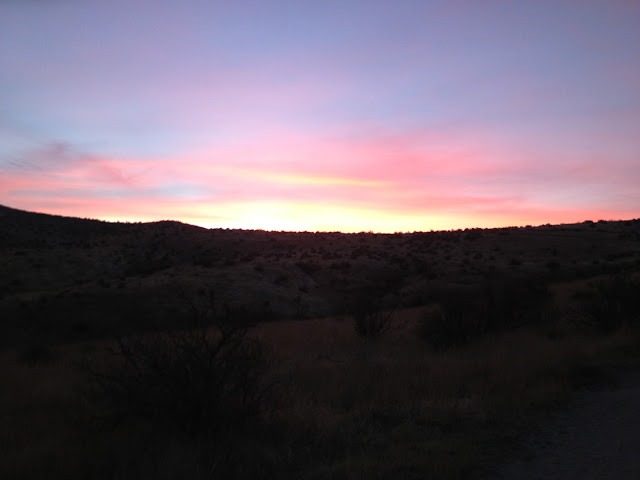 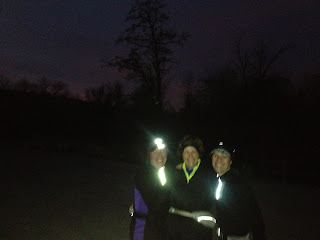 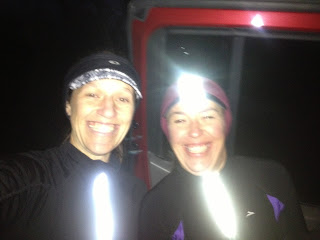 It was a beautiful, quiet and COLD morning after Thanksgiving.   There were NO other cars in the parking lot and NO other people to be seen!  Those crazy people were out doing stressful things!  We were the smart one!  We debated when we started as to whether or not we would run with headlamps.  Those are so annoying that we decided it was close enough to sunrise.


In honor of it being BLACK FRIDAY we all wore our blackest running clothes!  Kris took extra time to curl her hair all nice and bouncy for the run also! 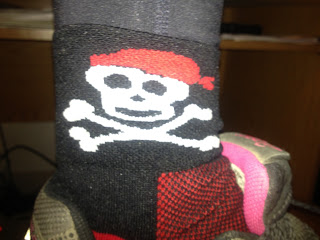 Michele said this was going to be a DEATH MARCH run!  This was because we were going to do a much longer and more intense run.  However after all of us being sick and vacationing (ahem...Michele), our death marched was shortened and was less of a Death March and more of an easy, freezing jaunt.  But I still had to wear the socks.  I had saved them specifically for THIS RUN!

Mr. Tortoise decided to join us on his bike this time.  Michele made Kris and I "pinkie-promise" that we wouldn't run stupid.  This was supposed to be an enjoyable run and NOT A RACE!  She forgot to tell Mr. Tortoise that because at one point in the run we saw him and he called out, "I'm Winning!" But we later informed him that he did NOT win because he didn't "ding" each post. 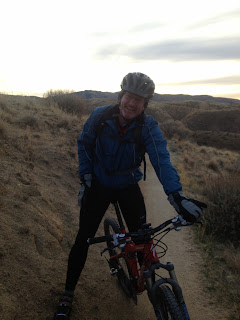 We ran up Crestline until we hit Sidewinder.  I haven't done Sidewinder all year and had forgotten how steep it was!  But it was a good steep and not too tough!  We stopped to enjoy the view and pose for pictures and a bit of silliness. 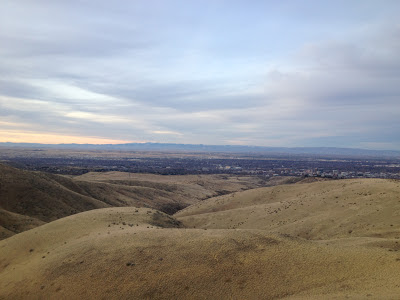 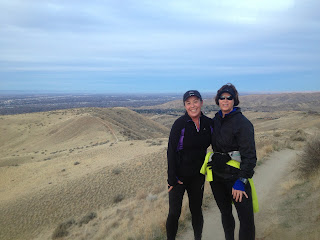 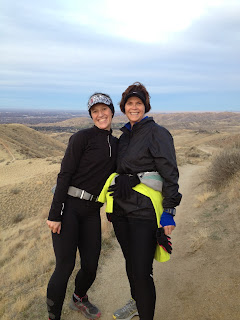 Off Sidewinder we did a really dumb thing!  This is where the previously planned Death March was altered.  We went left and ran down a portion of Trail #4 which is a motorcycle trail.  This was a terrible trail.  Steep, rutted, uneven, curving, just gross.  It was not runner friendly AT ALL!  In fact as we descended an old familiar pain in my right ankle returned.  It got sharper and hotter and more painful and hurt almost to the point where it was when I rolled it in the Mesa Falls Marathon.  YUCK!  I could do without EVER running any inch f trail #4 EVER AGAIN!
This portion of #4 comes out onto Crestline where we could run back towards the parking lot.  But Michele had mentioned that we had to run to The Lunch Box to gather our thoughts.  Those were her EXACT words, "gather our thoughts."  The Lunch Box is a big bridge and area where the trail map is posted that joins lower hulls with crestline.  Here is the bridge: 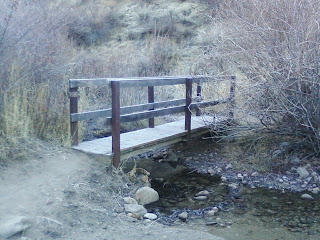 And here are Kris and Michele gathering their thoughts.  I had no thoughts to gather. 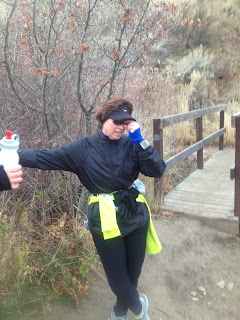 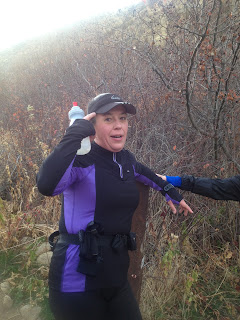 ﻿
It is always a great day when you can get out on the trails.  Remember a bad day on the trails is still better than a good day on the roads!
Happy Thanksgiving... here's to many more trails to run! 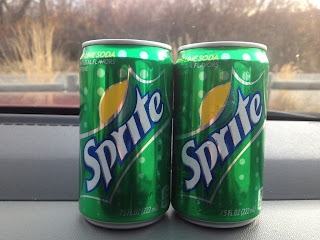