My first EVER 50 mile week!

So my week did not start out with any plans to have a total of 50 miles.  In fact just the opposite.  I had run almost 43 miles last week.  My goal this year is to have ONE week each month with 40+ miles.  So, since that had been accomplished I was planning on my usual 35 ish miles for the week.

The week stared with President's Day.  This meant I could get a good long run in with BOTH my running buddies while my kids (no school) slept in.  Side note:  my children LOVE when I leave and go on runs because that equals LAZY DAY for them!  At least until I get home.

So, we all met up at Merrill park.  Michele and I had begun to explore a new path last week and we were both itching to she where it led.  We headed West with grand ideas of this hidden jewel of a trail that would go on for miles and miles.  The run was along the Boise River (South Side).  We came upon a very interesting sight.  Along the north side of the river was a long line of old wrecked and rusted cars from the 30s and 40s.  It was so cool. 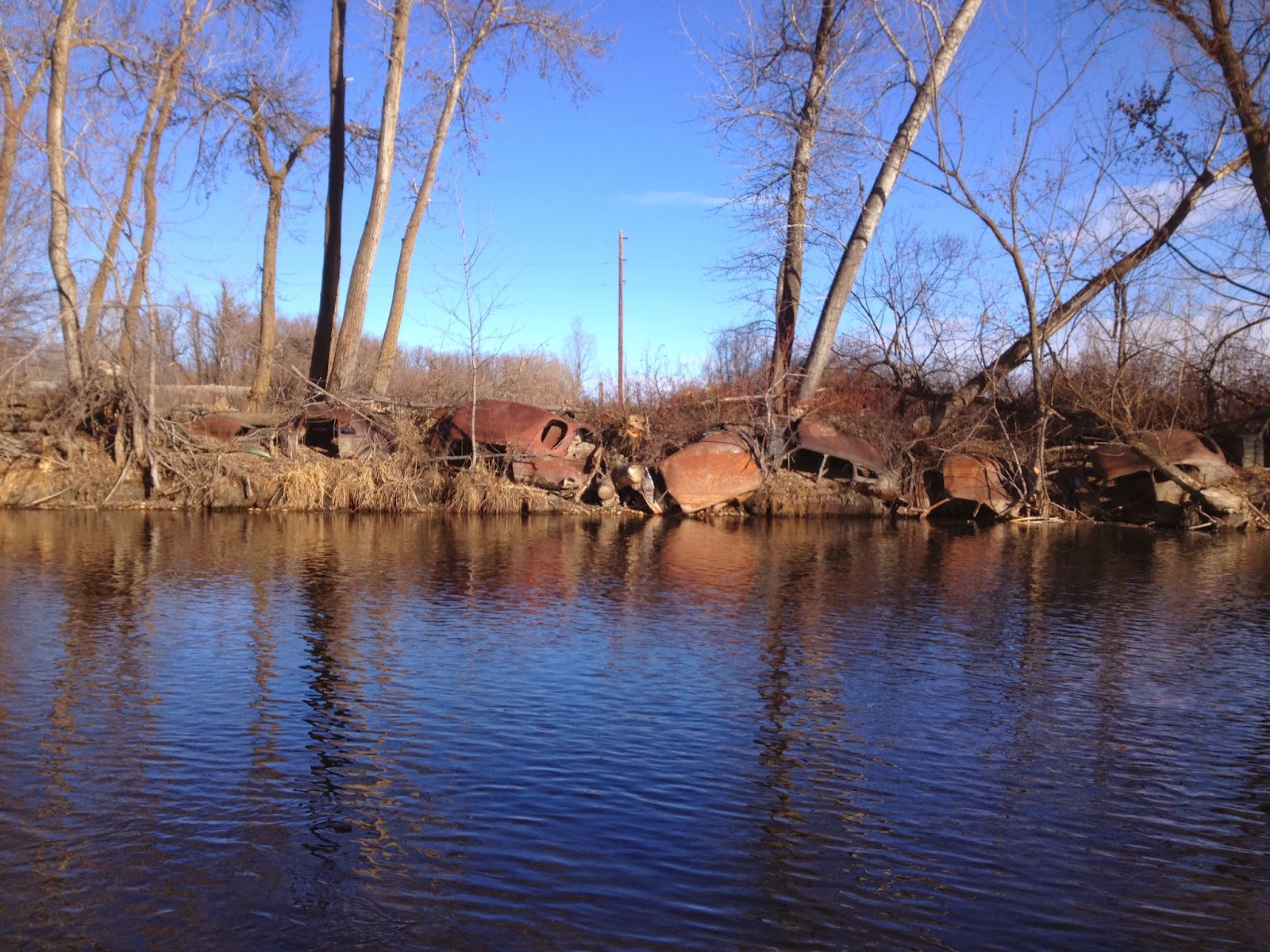 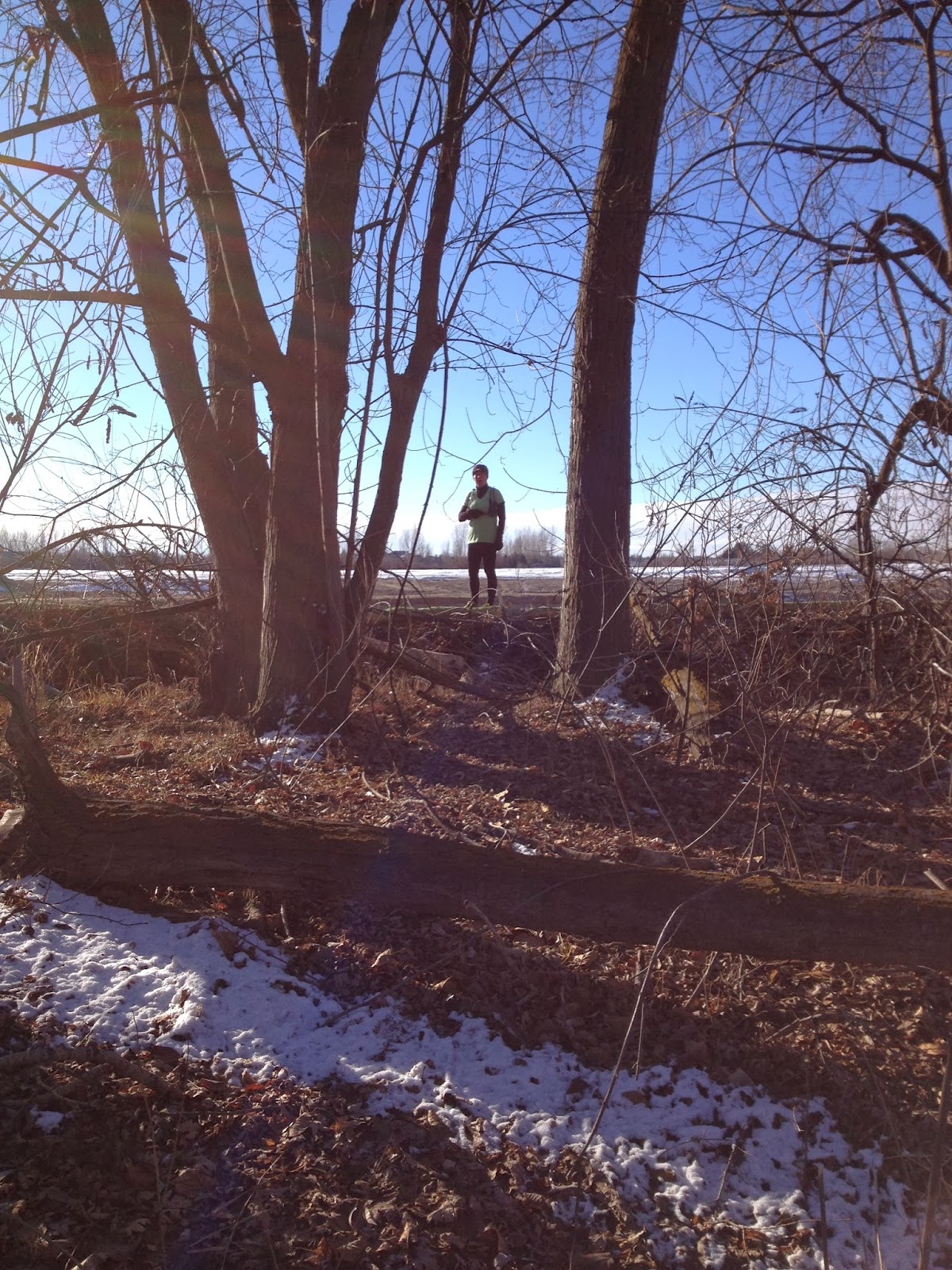 Michele just watched me hike down to the river to get pictures.  They didn't come down with me!

After we had gone past the cool cars and around a gravel pit...BOOM end of trail.  This was an utter disappointment since we had only gone just about 1.5 miles.  This was nothing like we had hopped.  It did "Appear" to continue in a non groomed.  We blazed trail for a bit, over barbed wire, across fallen trees, until finally the consensus was if we continued we were bound to get lost. 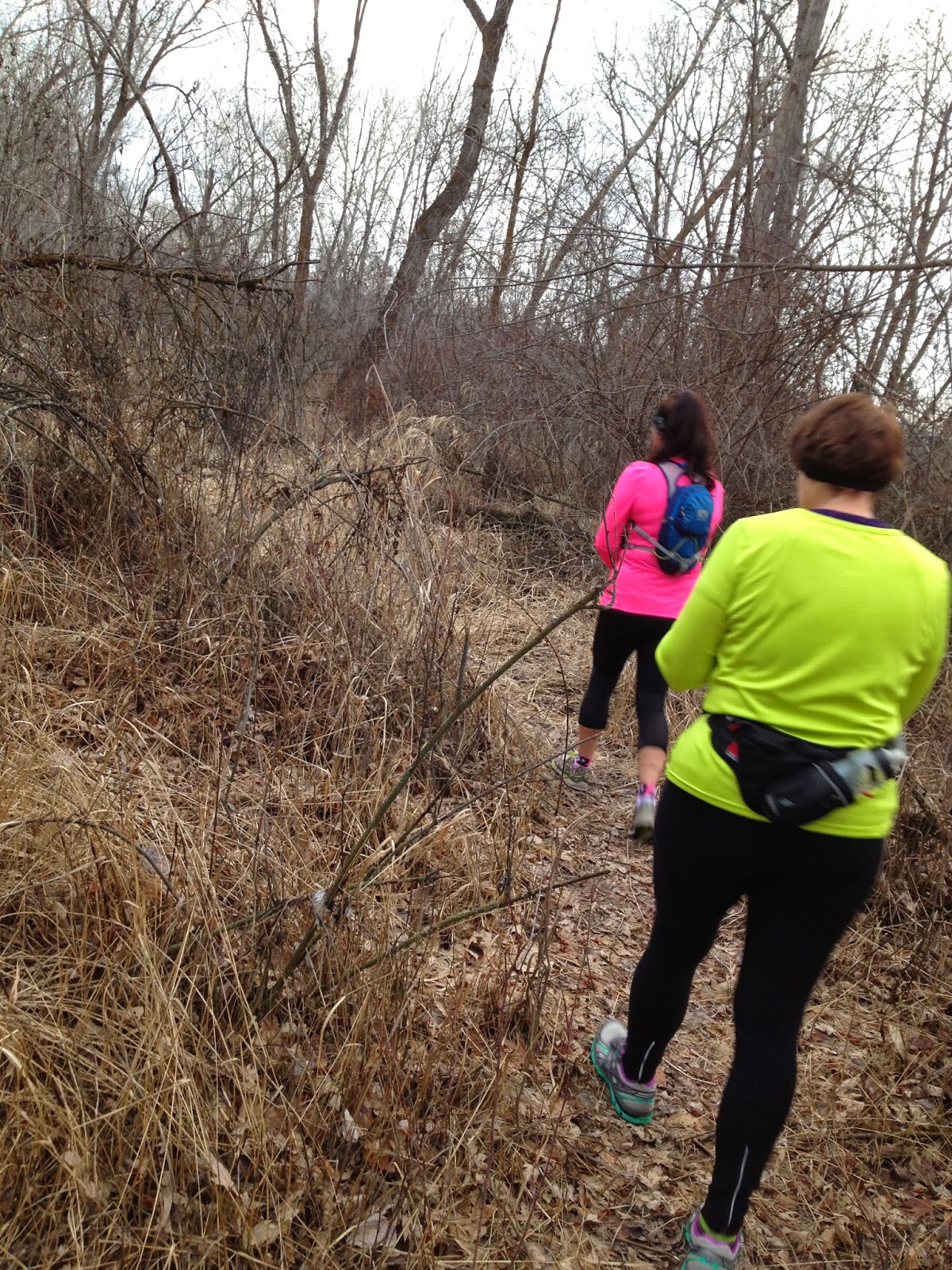 So... we headed back and did some of the other familiar routes we know.  The run turned out to be just over 16 miles.  It was a good run and we did a great job pacing and fueling (we are training for our first 50K).

I just did some average runs the rest of the week and even took a day off.  Friday rolled around and I was planning on running about 10.  Until I received THE TEXT.

Michele, apparently, was 6 miles ahead of me for the week already and she was also planning a 10 mile run.  Happy her she was going to get a 40 mile week in.  GRRRRRR :(

That competitive monster who lives inside me started to develop a plan.  A plan that would get me more weekly miles.  I set of for my "10 miles".  Even as my foot hit the ground on my first stride knew it was NOT going to be 10 miles.  I had done the math, I needed at least 16 to get ahead of her IF she only ran 10.  If she ended up doing more I might have to kill her!

"Ha ha you must be out for a longer run than me to try to catch up to me in mileage :-)"

Yes Michele that is EXACTLY what I am doing!  I said out loud to myself, hoping no farmers were within ear shot wondering who this crazy woman was rambling to herself.

I reached my house, 17.74! Whew what a great run.  The first thing I did?  Stretch?  Hydrate?  NO WAY!  I ran to my running log with the calculator to see if I was good.  YES!! I had her by over a mile!!  Victory fist pump and then a text message declaring my glory!  Then I chuckled to myself, she knows me so well.

As I relaxed eating my victory grilled cheese sandwich I suddenly realized......I was only 7 miles away from a 50 mile week.  I was actually surprised.  What to do?

DO IT of course!!  Our run today was at Eagle Island.  Michele and Kris only wanted 5.5 miles.  I needed exactly 7.06.  So I was going to get it no matter what they did.  When we were at 5 miles and they were headed back to the car I announced,  "I'm doing another loop, pick me up at the road."  And I did and I LOVED it!  Not to be boastful but I am so PROUD of myself.  This is HUGE!  50 miles in a week!  I ran on my feet for 50 miles over a period of 5 days!  Awesome!!!!!  Yay me!!  I learned that I can do more than I ever realized that I could do.  When my husband first met me 20 years ago,I could not and would not even run a mile!  Now look where I am at!  I also learned that a little competition is a good, healthy motivator to push yourself.  Thanks Michele! 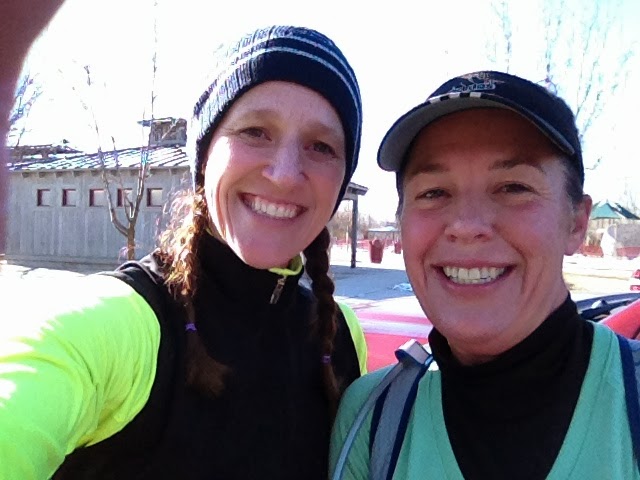