Today was a day for new discoveries.  We had heard that there was a greenbelt trail in the Eagle area, but we had never really investigated it.  Last week I took my kids down there for a walk.  We were able to go a mile in and then out.  It seemed like there was a lot more trail to do!  So I convinced the sole sisters to check it out with me.

We met at Merrill Park at 7:00 AM.  Well, 7:15 since I had a late start and terrible construction to maneuver through!  We crossed the small foot bridge and headed left.... here we go!

It was so wonderful!  There is a lot of tree canopy so the vast amounts of shade made the run cool.  For once we weren't wilting in the heat! Especially after Saturday's HOT Crater Crawl.  We ran along a part of the river and it was mostly a dirt path.  Anyone who runs long distance knows that dirt surface versus cement or road surface.... dirt wins EVERY time.

We got to run right by the landing pad for the Hot Air Balloons that decorate the Boise skies every summer morning.  One of them looked like it was going to land in the water.  But thankfully it did not.  Michele got a picture of the one that looks like Kris' swim suit. 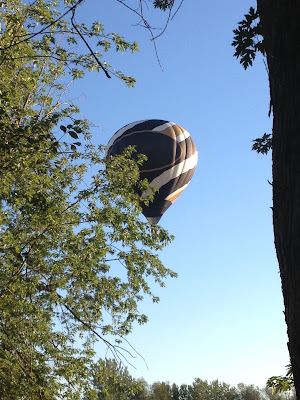 This portion of greenbelt was not heavily populated.  We only saw a couple of people the entire first few miles.  It was quiet (well we weren't but the surrounding area was), you could hear the river, it was shady and cool, the trail was dirt..it was wonderful!! 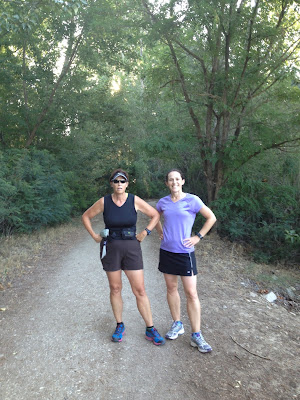 All of us had planned maybe 6 miles today.  But once we got on this trail, we HAD to see where it led to.  None of us wanted to turn around until it ended or joined a trail we were familiar with.  Because of that we ran all the way to the Glenwood Bridge in Garden City.  That meant we would be closer to 9 miles!  Whoops.

Because of the increase in mileage, I knew I would have to do the way back much slower with a few more walk breaks (my stamina is still pathetic).  This turned out to be a great idea because we got to enjoy the scenery and landmarks more.  For instance.... 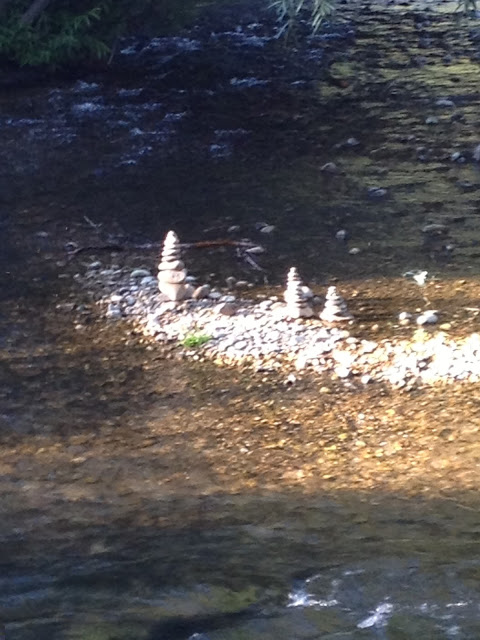 Look!  It's that stacks of rocks that the "rainbow people" make!  If this joke doesn't make sense to you, you need to read back at the blog from march.  Then the joke will make sense! I did learn from my friend that they are actually called cairns.

There were several really neat bridge crossings. We stopped at my favorite one and took a couple photos. 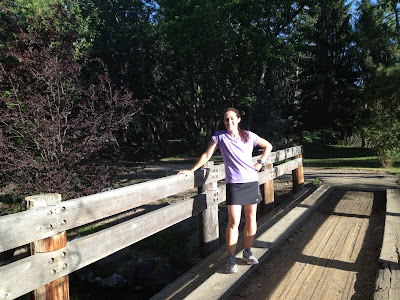 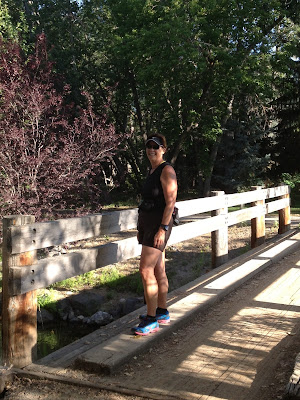 As we were finishing the run, we started to get quieter.  Usually we are very chatty.  I can tell that we are getting tired when the chatter begins to die down.  I looked at the river and saw a family of ducks swimming in a line.

Then quickly she realized they were ducks.  Kris started to tease her by reminding her there are no alligators in Idaho rivers,  when all of the sudden, off to our right I saw.... 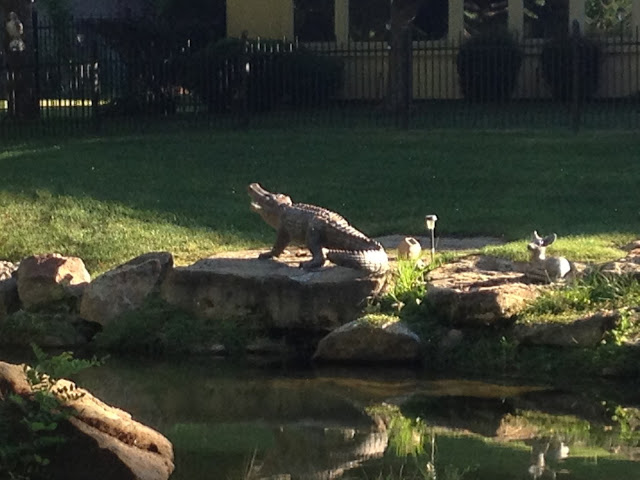 I couldn't believe it!  That sure surprised all of us!  We had to stop and get photos of this for sure!  No one would believe this!  Guess Kris was wrong...... 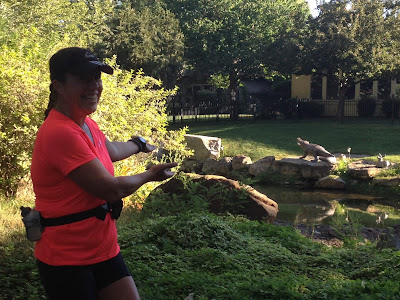 We ended up with 8.7 miles in total.  More than we planned but definitely worth it.  It was a real enjoyable run and definitely one we are all planning on doing again.  And in case you are wondering.....


that's not a live alligator!