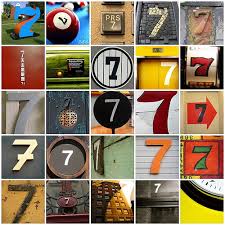 This week marks SEVEN WEEKS since surgery!!  We had our weekly trail run (which is SO wonderful to have again) and happy day  Kris joined us finally!

We opted to run Veteran's Trail in Eagle.  Michele needed it to be a bit longer so the plan was to do two loops.

As we approached the trail head, the main gates were still shut.  Michele started to wonder aloud and then to worry as to why they were still shut because it was LIGHT OUT!  I swear she does this every time we run this trail and we start early.  Kris assured her and REMINDED her that they usually open it by 7:00 AM.  Sure enough as we started to run we could hear noises behind us of gates being opened.

We started the run off right away with a narrative as to why Kris' right butt cheek hurt and why it was then going to slow her down.  She water skied the night before!  So she was sure she would be slowly us down.  Unfortunately, at this point, I am the one slowing us down.  And that's a new place for me to be in.

Next we discussed the different shades of our skin.  I haven't been out much so I have NO color.  Kris has a nice sun-kissed tone to hers, and Michele is SUPER tan!!  Even small children at the zoo point it out to their parents when they see her!

This trail loop is tough.  It is mostly uphill with few breaks.  We took it easy and started climbing.  Within the first half mile we encountered an long row of seven pieces of horse poop.  It was fresh and quite odorous!  I was leading and did the standard warning callout, "HORSE POO!"  Then hopscotched over it.  There was a trail run a while ago when Kris kicked the poo, even after we did the call out.  Happily I heard a call back from behind me a few seconds later, "I didn't kick it!"
(Link to the day Kris kicked the horse poo... HERE) 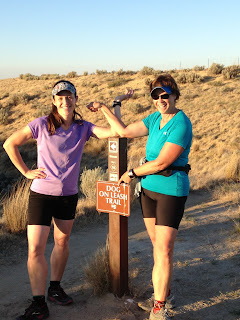 Headed down now, there are a lot of blind corners.  As I headed around one I saw a biker right away.  I called out "BIKER!"  This ended up scaring the biker and he tried to get off the trail as fast as he could, almost wrecking in the process.  When I stepped off and said, "I'm just letting the runners behind me know you are coming."  He laughed and rode on.  Later, we came around a corner and could hear, "Off the trail, get off the trail."  Michele thought someone was yelling at us.  Turned out it was a jogger with a very well trained dog.  She and her dog politely waited for us to pass.

The last encounter of note was with two bikers.  We always step off the trail for bikers, whether it is downhill or uphill.  So we all stepped off the trail for these two gentleman.  As the passed by and thank us the second biker said to Michele, "Thanks Babe!"  Wow.  She was getting hit on. It must be the suntan.

After loop number one we re-hydrated and discussed our plans for loop number two.  I wasn't sure how my endurance would be.  I decided I would run it backwards and then meet up with them, turn around and finish.  Kris decided to go with Michele.  The way this trail looks is almost like a lolli-pop.  SO we ran the first .6 miles together before we split off.  I was in the back with Michele leading.  I thought I was walk a lot.  Turned out I was feeling okay and decided it would be fun to run right on Kris' heels and talk to her.

First I commented how Michele was leaving her behind.  "Look at that, she isn't even looking back to see if you are still coming."  I did this for a minute.  Kris was having a hard time running because I was making her laugh too much.  Then when the hill got steeper I broke into my version of "eye of the tiger".  That did it.  Kris was laughing and yelling at my to be quite!!!  It was fun, for me!

We split off after that.  I headed right and they turned left.  Now it has been a while since I'd run Veteran's.  And even though I had just ran it with Michele and Kris, I still got turned around and messed up.  I ended up on their trail just ahead of them.  So I decided to just stick with them after all.
The funny part about doing this loop twice was that we got to hopscotch over the seven piles of Horse Poo not once, not twice but FOUR times!!!

Victory to finish!  I was happy that I was able to keep pace with my Sole Sisters after all I have been through!  It was neat to look at my watch when we finished....7.77 miles!!!  Seven was a big deal today!!