For the past two years, Michele and I have gotten up VERY early and ran the foothills on the morning of the Fourth of July.  We have done the same loop each time.  I was NOT going to let my recovery cancel this annual run!  So we scheduled it again.  When my alarm went off at 5 AM, I hit snooze and wondered to myself, "why did I set my alarm today?"  When it went off minutes later I remembered!!  Oh yeah!  Trail run!!!
The sunrise on my drive in was beautiful! A part of me wished we had left even earlier so we could have this view in the foothills instead of on the road.  But it was hard enough for me to get up wen I did, so 4 AM would've probably never happened! 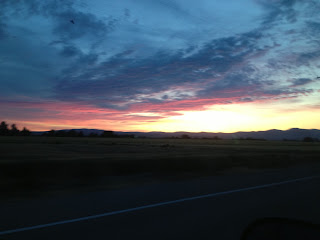 I still can't wear a hydration belt, so Michele had to carry my water again.  Maybe, I'll never be able to wear the belt again....(wink wink).
The trail we run is one we have done hundreds of times.  I started out pretty good but I sadly confess that I WALKED every hill.  My teenage son (who runs) says "walking is for quitters!"  Well, I would change it instead to "Walking is OK." 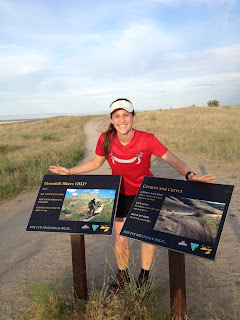 The route we run includes Buck Tail and Shane's Loop.  We run Shane's Loop Counter clockwise.  The last uphill on the loop is known (to us) as Rocky Balboa's Hill.  One time when I decided to run the whole thing (it is super steep) Kris sang "Eye of the Tiger" as I did it!! 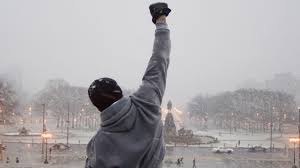 ﻿
﻿
﻿
Well there was no on singing "eye of the tiger" as I WALKED up Rocky's hill.  I cannot wait until the day when I will run it again and I expect the song to be sung at full volume!!!  I will also do this EXACT pose at the top!


All in all, we both lacked a lot of endurance today.  I started to get so tired that I started tripping a lot.  On one stumble I did a leaping, twisting, dance move that made Michele gasp out loud.  She said she truly thought I was going to fall.  Well, I haven't bitten it yet on the trails and I hope never to do so (knock! knock!).  And IF I ever do.... I hope Kris isn't around to see it.  If so, she will most likely remind me of it every time she sees me!

It was warm when we finished.  I was beat.  This was my longest run since surgery, both in distance and in time.  At least I know I can make it on the 10K we have planned for on the 20th.  I have quite a surprise lined up for that race! 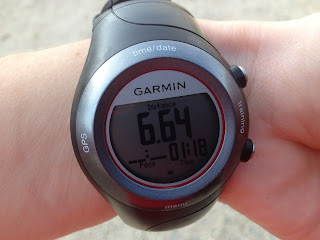 After, we finished Michele starting looking for rocks.  It made for a nice cool down I suppose. 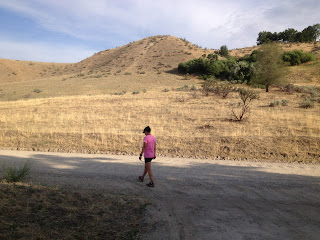 Her Indian name could be "She who picks up rocks" 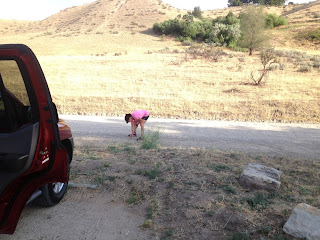 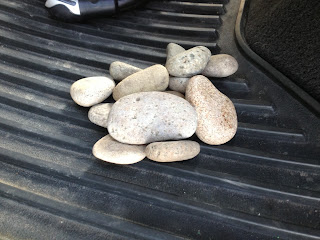 She is actually painting them for grand-kids.  Should look cool.
And so, I keep carrying on.  Taking recovery one step at a time.  Walking more than I'd like, but running more than I could have hoped at this point.  In the words of Rocky Balboa himself:
"The world ain't all sunshine and rainbows. It is a very mean and nasty place It will beat you to your knees and keep you there permanently if you let it. You, me or nobody is going to hit as hard as life. But it ain't about how hard you're hit, it is about how hard you can get hit and keep moving forward, how much can you take and keep moving forward. That's how winning is done! " 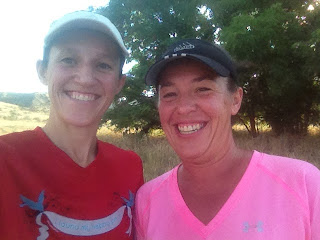