Well, I knew one day it would happen.  I just wasn't sure how or where.  Would it be dramatic and gnarly?  Or would it be graceful and smooth?  Would I be alone?  Would my friends be with me and laugh?  Or would I be around strangers?  See as a runner, I have never fallen.  I knew my days were numbered.

It all began on Friday, December 27th.  The company I work for, Final Kick Events, was putting on the Hot Chocolate Run the next day.  I am in charge of all the volunteers.  The course maps were just not making sense to me.  So we decided to run the 5K and 10K courses so I would have a better grasp on them for race day and directing the volunteers.

The morning started out VERY COLD.  The nasty inversion has settled in to the valley and the temperatures just hung in the low teens.  That plus the hanging fog makes it super chilly!!  My drive in was decent but slick. 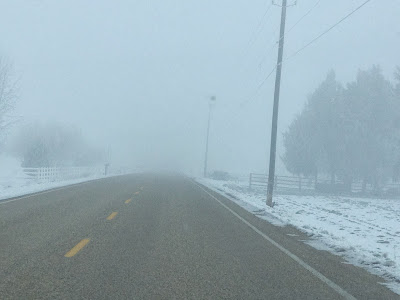 Kris has been absent from our runs lately.  She always gets really sick this time of year and it hit her with a vengeance again!  Today was her first run back.  It was a good one too  because I had to keep stopping to check the course map.  Every time I stopped (which was a lot) she kept exclaiming how much she loved running this pace. 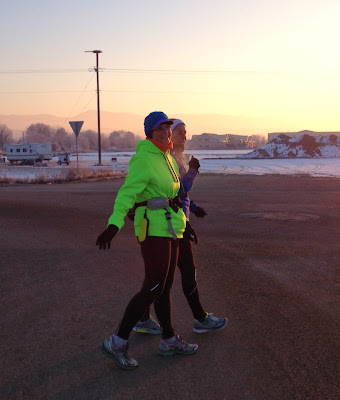 The course was SUPER confusing!  We were winding around, turning here and there.  We eventually started winding through a walking path of a subdivision.  The surface was asphalt and there were icy sections on it.  This is a bad combo. 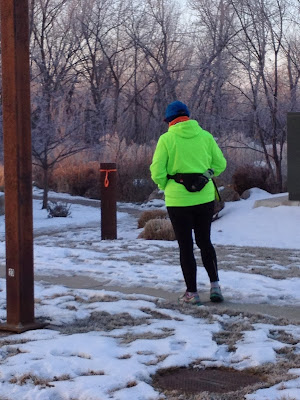 Suddenly I hit some smooth ice and DOWN I GO!!  First fall in the works.  So, how was it?  It was very quick and quite graceful.  I popped right back up.  It was so graceful that my running buddies didn't even realize I hit the ground.  Oh but I knew.  All of my weight was forced on to my right knee.  I twisted it and pulled my hamstring.  But I popped back up so quick no one knew.  In fact, they probably never would have realized how bad it was if I hadn't sent pictures later.

We stopped to look at the course map for the 8th time finally.  We knew we were over a mile from the finish line and we were already at 3 miles.  We did the course wrong!  So, we headed back to the start to try again.  This time I texted the race director for some better directions.  (Why didn't I do that initially?)  This time, walking on the ice spots, we were able to follow the course....3.09 miles when done.  Perfect.  So....did we run the 10K course next?  No! 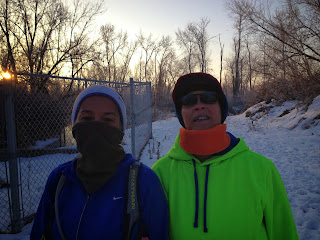 Some of us were cold and tired.  SO while they headed home, I ran another 2.5 miles to give me 30 miles for the week.  Since I was the only one who stayed, I guess you can figure out who was cold and who was tired.

The next day was the race. I was painfully on my feet for 8 hours.  My knee throbbed and my hamstring was not wanting to move.  When I finally made it home and peeled off my clothes I got my first look at my knee.  YIKES!  This is what it looked like after only 24 hours! 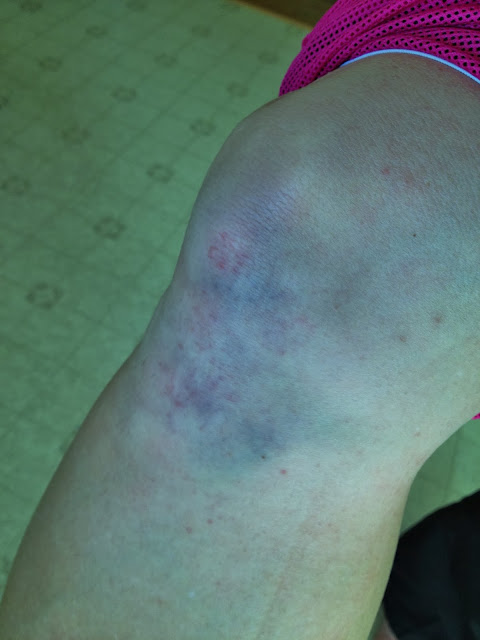 Thus, I sent the picture out to Michele and Kris.  They were so surprised!  Again they had no idea it was that bad.  To make matters worse, I only needed 12 miles to reach the total of 1,200 miles for 2013.  This would be a great accomplishment considering I had that dreaded tumor removed in May and couldn't run for 5 weeks!  I simply HAD to accomplish that number.  So, I went out on the Monday after my fall and did just that.  Yes, I could barely walk for two days after and my knee is still a rainbow as I type, but Mission Accomplished nonetheless!