We are less silly...More experienced

Today we had to check off Freestone Creek Trail off of our list...which we did. CHECK!

We started off early and had to make a quick stop at the court house.  I spent the first 10 minutes of the drive looking at myself in the side mirror.   Finally I asked, "Have I been wearing this headband wrong for a year?"  I was speaking of my band I wear that covers my ears to keep me warm when I run.  It just wasn't feeling right.  Yesterday I ran with it the other way and it felt better.  So I sowed Michele.  Turns out I'm alright, been wearing it right.  Just wore it backwards on my 10-miler yesterday. No big deal.

At the courthouse, I spotted 3 MAJOR security flaws.  Now I don't always "think" like a criminal but these were blatant!  First we walk through the metal detectors.  We left our watches in the car because I was afraid they would get warped or messed up somehow.  I walked through...no problem JACK!  There was a security guy standing there with a wand, swiping someone.  I have never done this before, I didn't know if everyone got swiped so I just stood there. When he was finished he looked at me.  "Did you beep ma'am?"  Really?  He is asking me that.  Now, if I had plans to do  criminal act and I HAD beeped, do you think I would have told him that?  I just held up my hands and replied, "No sir."  Flaw number 1.

Next we go to some counter for Michele to do some recording stuff.  The lady takes all the forms then asks, "And are you Michele?"  Really?  You don't have to show PROOF?  ID nothing?  After Michele tells her "yes."  She then takes care of it.  Well, if we weren't Michele and we had criminal intentions we wouldn't TELL you!  Flaw Number 2.

Finally we were headed out the door. The exit is on the opposite side of the room, away from the security.  We walk out, unseen, no one around.  I could have EASILY let someone in the door as I was leaving.  There was NO ONE watching.  Oh my.  Flaw #3.  This courthouse is NOT SAFE!

Today was a great day to run because we were all decked out in new clothes!  Our husbands told us to order new running clothes on Cyber Monday for our Christmas presents.  They came in the mail this week.  Now I ask you, truthfully.  When something like that comes in the mail, are you really gong to let it be wrapped up and placed under the tree for 2 weeks? NO!  It needs to be used NOW!  So it was!  And boy did we look great!

We started at the first parking lot with a bathroom on Mountain Cove Road.  It was going to be a run we have done before with a little more added in.  We ran up to Buck Tail, The did Shane's Loop counter clockwise.  Now someone who will remain unmentioned did a 10 mile tempo run yesterday.  That person's legs were on fire INSTANTLY!  In fact on the first hill climb she was singing to herself..."Higher Higher Legs on fire."  To the tune of Liar, Liar, Pants on fire.  She decided that this hill had a "W" all over it and she WALKED A LOT!  Good for her!  :)

As we were coming DOWN Bucktail (After running Shane's) there were two runners coming behind us and gaining.  That unspoken competitiveness that lives inside ALL of us (even Michele) kicked in.  We started cruising!  I looked down and we were running an 8:05 pace.  "What are we doing?"  I asked myself.  Luckily two bikers came from the other way and we were forced to stop and let the pass by.  We didn't resume our run though.  By some silent consensus we waited for the two runners to pass as well.  Michele then commented that she was feeling pushed from behind by them to run faster.  That is your competitive gene Michele.  Nice to see it's still kickin!

After we came off buck tail we headed LEFT and then we went LEFT again on Central Ridge Spur.  Woo Wee we loved this new way to run! We hadn't ever gone this way.  It was a much more enjoyable run.  Michele especially liked it and she managed to tell me so every few minutes!  Eventually we hit a trail head that said to hang a right which would lead us to Freestone Creek Trail.  This actually dropped us directly to the car!  Great run! 6.6 mile loop! 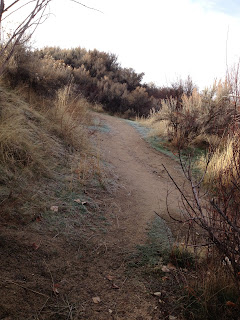 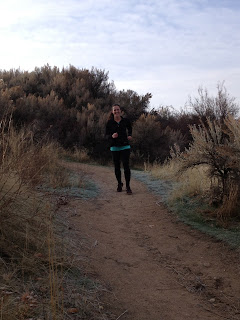 Turns out we never ran on Freestone Creek Trail.  We hadn't actually turned onto it yet.  So, back we go. 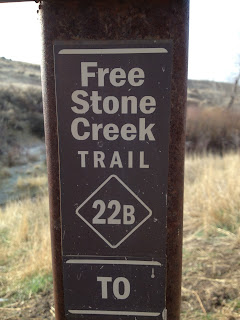 We had to hang a quick right and run parallel to the road.  It wasn't a bad trail but it wasn't an interesting trail.  We were so excited about discovering the Central Ridge Spur to run that this one was just wasn't as great.  So after a bit we turned around and headed back. 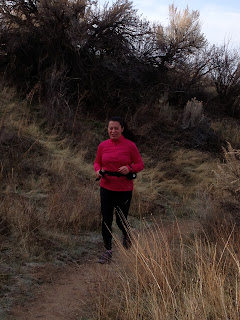 On the drive home we talked about how our runs aren't real "silly" or "funny" anymore.   We decided it was because we weren't ridiculous newbies like we used to.  At the beginning of this year we were doing crazy and darn near stupid things.  We were running expert trails when we were far from experts.  Now, we are PROFESSIONALS, so sometimes, the silliness isn't as intense.  But do not fear, I am pretty confident it will creep in every once in a while. Did you notice how silly we were in the courthouse?  That is because we are not experts in that area. When we are newbies = silliness.  Experts = all business.


I pulled up the blog as we drove home and read old posts to Michele. I had her laughing so hard she almost couldn't drive. Yep, we are still silly.

Today was a double reward day!  The sprites?  For endurance I may not have earned them (the trail wasn't tough)  but my LEGS definitely earned them.  Yes, I am the one who ran the 10 miler yesterday and I sure did pay for it today! 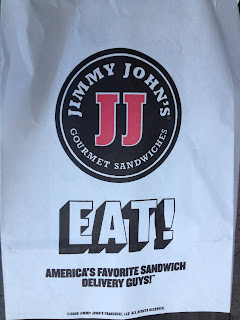 If you do not know what this is....you are missing OUT!